Lost City - Day 3 is the third level of Lost City in Plants vs. Zombies 2. It is a Special Delivery level. Lava Guava, the gem premium plant tied to Lost City Part 1, is showcased in this level. There are no Gold Tiles on the lawn, as it is a conveyor-belt level and there is no sun. After completing this level, the player receives a money bag.

(Crazy Dave and Penny appear)
Penny: We are facing considerable threats, User Dave. I suggest that we retaliate with tremendous force.
Crazy Dave: More forceful! That's it! We'll give them all a stern talking to.
Penny: I was referring to the Lava Guava. Its explosive blasts leave behind dangerous magma.
Crazy Dave: That sounds even better! First a stern talking, then some lava!
(Crazy Dave and Penny leave)

Plant Red Stingers from Column 1-3 since they can use their full power to defeat zombies, use Lava Guava to easily kill zombies in a 3 by 3 area. Use Plant Food on either plant since they both can easily harm zombies in their lanes.

Two columns of Red Stingers in this game screenshot 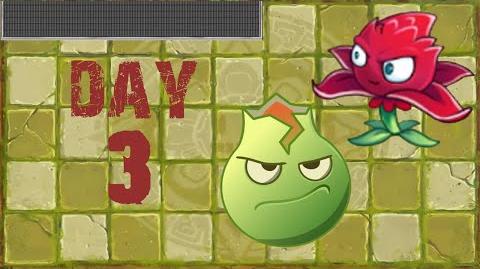 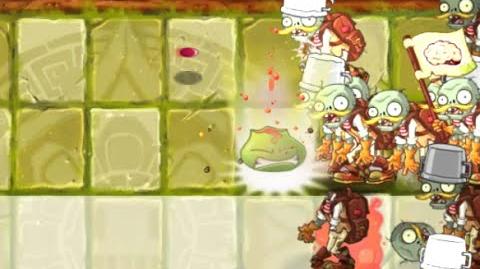 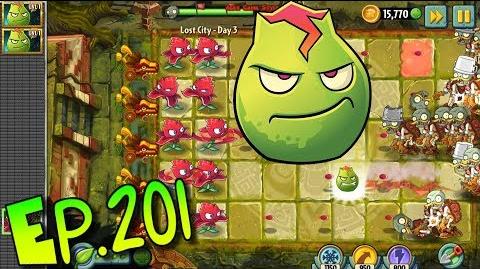 Retrieved from "https://plantsvszombies.fandom.com/wiki/Lost_City_-_Day_3?oldid=2344023"
Community content is available under CC-BY-SA unless otherwise noted.