A money bag
Lost City - Day 17 is the 17th level of Lost City in Plants vs. Zombies 2. Imp Porter makes his first appearance here. There are six Gold Tiles in this level; one in the fifth, two in the sixth and seventh, and one more in the eighth column. When this level is finished for the first time, the player gets a Lost City pinata.

When there are too many zombies, use boost on Lightning Reed for destruction

Start by planting Sun-Shrooms in the 4th and 5th columns and use potato mine to kill earlier zombies.

Plant two columns of Red Stingers at the back of the house, and two columns of Kernel-pults at the 3rd and 4th columns, they will deal with the Excavator Zombies and Parasol Zombies.

If things get out of hand, use plant food on Iceberg Lettuce. 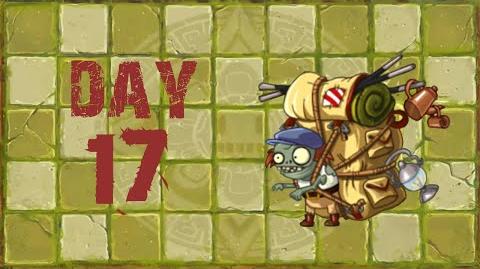 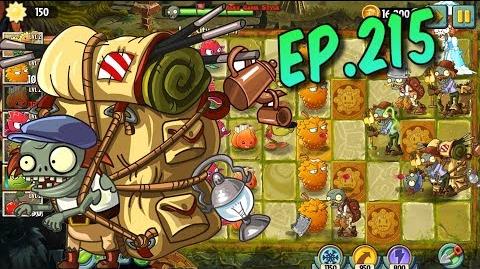 Retrieved from "https://plantsvszombies.fandom.com/wiki/Lost_City_-_Day_17?oldid=2325114"
Community content is available under CC-BY-SA unless otherwise noted.