Survive and protect the endangered plants
Lost City - Day 15 is the 15th level of Lost City in Plants vs. Zombies 2. It is a Save Our Seeds level. When this level is finished for the first time, the player receives a map that indicates a message regarding an upcoming massive attack.

The goal is to protect two A.K.E.E.s placed in the third and fourth column. The squares they are planted on are identical to the endangered Pepper-pults planted on Frostbite Caves - Day 15. There are five Gold Tiles in this level; two of them are located on the first column in lanes two and four, and three in the second column in lanes one, three, and five.

Dialogue (outro, after receiving the note)

Crazy Dave: Well lookie-here, Penny! It's a treasure map!
Penny: My analysis suggests that the origins of that map are highly suspect.
Crazy Dave: It has a big red X on it, Penny. When have big red X's even been bad? 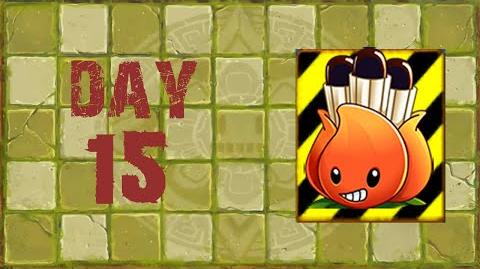 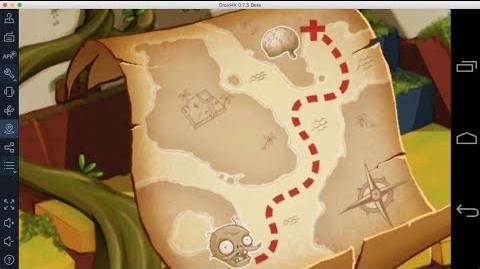 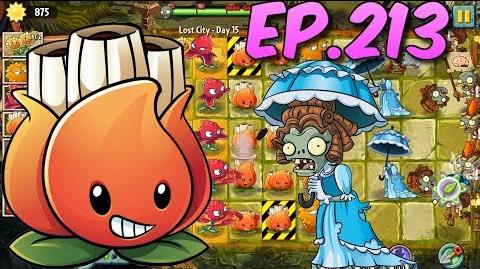 Retrieved from "https://plantsvszombies.fandom.com/wiki/Lost_City_-_Day_15?oldid=2280193"
Community content is available under CC-BY-SA unless otherwise noted.