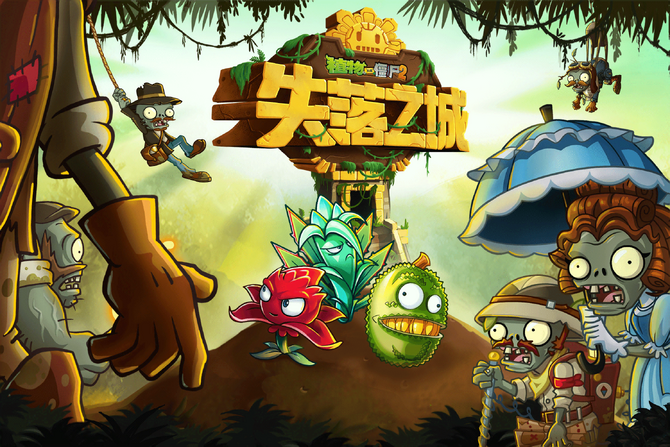 Obtaining stars or 58 diamonds
Lost City (失落之城; pinyin: shīluò zhī chéng, translation: Lost City) is the 10th world in the Chinese version of Plants vs. Zombies 2. It was released on January 21, 2016 for iOS users and January 29th for Android.

The timeline of this world takes place in the early 20th century, since the zombies come from a modern era of exploration and there are no native zombies, and modern inventions like planes and metal detectors (exclusive to this version) are present.

The main gimmick of this world are still the Gold Tiles. Like in the international version, when a plant is placed on a Gold Tile, it will immediately give the player a 50 sun, and then produce another 50 sun every 20 seconds until defeated by the zombies. Replanting on a Gold Tile no longer generates sun and nothing special happens when the player uses Plant Food on a plant located on a Gold Tile.

There are two new zombies (Lost Doctor Zombie and Lost Guide Zombie) and one new plant, Jackfruit, exclusive to this version. Endurian is not obtained in Lost City, unlike in the international version, as it is now a monthly special plant.

The 20th century, in a jungle ruin filled with danger. The battle between jungle plants and adventurer zombies, are you ready for it? 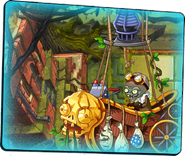 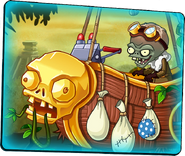 Lost City on the World Map 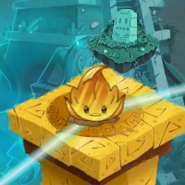 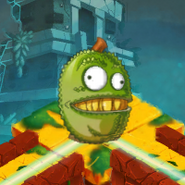 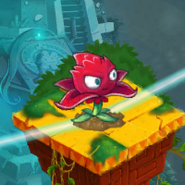 The lawn during the Boss Rush event 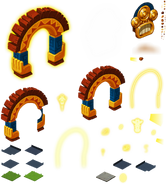 Jackfruit on the world map

Gold Leaf on the world map

In the world selection

For all the non-Chinese trivia about Lost City, see the international version of Lost City.