Litchi (钻地荔枝果), also called the Penetrating Magma Fruit in some areas of the game, was a plant unlocked in the East Sea Dragon Palace. It ejects all of the zombies sneaking underground in the lane it is planted out and deals damage to them. It currently only appears in Adventure Mode. 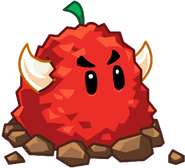 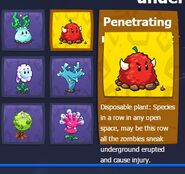 Plant Food
Add a photo to this gallery

Retrieved from "https://plantsvszombies.fandom.com/wiki/Litchi?oldid=2254631"
Community content is available under CC-BY-SA unless otherwise noted.