Breathes fire onto plants in front of it.

Special event
Lion Dancer Zombie was a limited-edition zombie in the Chinese version of Plants vs. Zombies 2. He was only found in exclusive events that ran until March 31, 2015, along with God of Wealth, where he appeared in all waves. His special ability was to breathe fire on plants that were in front of him. When killed, he gave the player either a money bag, or a costume Puzzle Piece of a plant that they picked at the beginning of each event.

A Lion Dancer Zombie when defeated 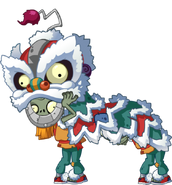 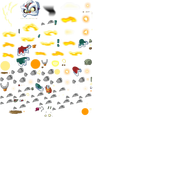 Retrieved from "https://plantsvszombies.fandom.com/wiki/Lion_Dancer_Zombie?oldid=2266246"
Community content is available under CC-BY-SA unless otherwise noted.