This is the gallery for Lily Pad's appearance in Plants vs. Zombies.

Online Almanac entry (note it is on land)

Lily Pad seed packet in the iOS and Android versions

A lot of Lily Pads and Flower Pots

Lily Pad in the DS version

The player got the Lily Pad 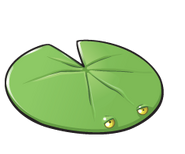 Plantern on a Lily Pad (iOS or Android versions)

Lily Pad in a Pumpkin

Lily Pad in an Imitater Pumpkin

The seed packet in Java version

Lily Pad in-game
Add a photo to this gallery Another Lily Pad plush
Add a photo to this gallery
Retrieved from "https://plantsvszombies.fandom.com/wiki/Lily_Pad_(PvZ)/Gallery?oldid=2251829"
Community content is available under CC-BY-SA unless otherwise noted.