When played: Heal your Hero for 2.
Wait, you want me to go in *front*?!?
Lil' Buddy is a triassic uncommon plant card in Plants vs. Zombies Heroes and a member of the

Solar class. It can also be made by Poppin' Poppies.

. It has the Team-Up trait, and its ability heals the plant hero for up to 2

when it is played.

It is based on a poppy seed pod, despite it being called Lil' Buddy.

Its name is a combination of "lil'," possibly referring to its low stats (as a fighter's implied size is related to its stats) and "buddy," referring to its appearance (although, as mentioned, Lil' Buddy resembles more of a seed pod than a bud), as well as alluding to Poppin' Poppies' description, as playing her was the only way to properly obtain it before being made into a playable card by itself.

Its description is a reference to how Lil' Buddy is usually played in front of a plant to protect it.

Due to its lack of strength and its low health, Lil' Buddy's main purpose is to act as a weak shield against zombies, which could save an expensive or valuable plant. If you are low in health, you could also play it to restore your health.

However, Lil' Buddy can be more useful than being just a cheap shield. It can serve as "cannon fodder" to activate Briar Rose's ability, and can be used for Power Flower's ability to restore your health (although Lil' Buddy won't survive long enough to count).

It can also synergize with Spineapple and Loco Coco (as Wall-Knight) and Go-Nuts (as Rose). Or, you can play this as a free card to boost Pepper M.D. thanks to its healing ability, provided you are not at full health. If played on the second turn, this makes Pepper M.D. more than 4

, which are quite powerful stats.

This plant will mainly take attacks from your zombies, and combined with its low health, Lil' Buddy is nothing serious; as long as it isn't boosted, any attack can destroy it. Zombies with the

Strikethrough trait can destroy Lil' Buddy and attack your opponent at the same time.

However, if Briar Rose is on the field, then this may cause a problem and spell disaster for both you and your zombies, as Lil' Buddy is also a flower. So if there is one, then it is recommended to destroy it with other cards before your zombies attack the Lil' Buddies. Alternatively, you could also play Weed Spray or The Chickening to get rid of all the Lil' Buddies without worrying about Briar Rose's ability.

If you see Pepper M.D., your opponent can play Lil' Buddy and boost Pepper M.D. greatly. Since your opponent will most likely play it on an empty lane, you will take a lot of damage. Fortunately, you can play either a 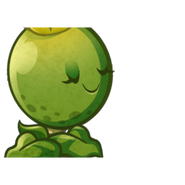 Lil' Buddy with the 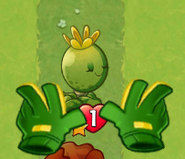 Nibble being played on Lil' Buddy 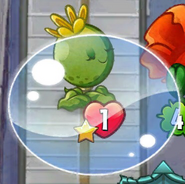 Bubble Up being played on Lil' Buddy 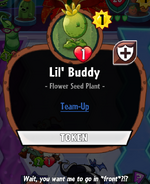