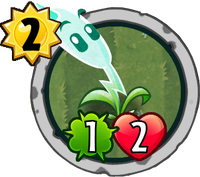 Its Amphibious trait is a reference to how real-life reeds are aquatic plants.

Lightning Reed is not a great threat due to its low strength and splash damage, although it may cause you trouble if you group your low-health zombies next to one another. Still, it is not a hard plant to deal with. Unless its strength is boosted, you can destroy it with Rolling Stone. Strength-reducing cards such as Nibble or Landscaper also work, since Lightning Reed will be unable to fight back. Zombies with the 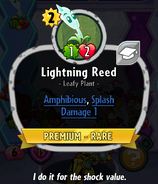 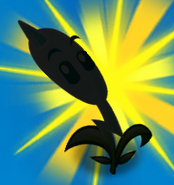 Retrieved from "https://plantsvszombies.fandom.com/wiki/Lightning_Reed_(PvZH)?oldid=2299217"
Community content is available under CC-BY-SA unless otherwise noted.