250 seed packets
"I'm a bit different from my other tater cousins," explains Levitater. "Chief among those differences, I'd say, is that I don't explode on contact, or at all. I stick around!"

Levitater is a plant in Plants vs. Zombies 2 introduced in the 9.8.1 update for the Levitater's Lively Arena season. Every 12 seconds, it causes the zombie closest to it to begin levitating for 5 seconds, with one-tile knockback and a chance to even toss them off the lawn. Zombies that are levitated cannot be blown away by plants such as Blover, Hurrikale, or Draftodil.

Levitater's name is a portmanteau of the words "levitate," referring to the fact that it can levitate zombies and "tater," a slang word for potato, the real-life plant on which this plant is based.

Special: levitated zombies cannot be Blovered
"I'm a bit different from my other tater cousins," explains Levitater. "Chief among those differences, I'd say, is that I don't explode on contact, or at all. I stick around!"

When given Plant Food, Levitater will cause multiple zombies in the lawn to begin levitating for 5 seconds, with one-tile knockback and a chance to even toss them off the lawn.

*Applies to both normal and Plant Food states.

Levitater shares many traits with Hocus Crocus. They are both Enchant-mint family plants that stall a single zombie at a time by pushing them back. However, Hocus Crocus is much more powerful, as it can warp zombies back across the full lawn instead of just a single tile. Though due to Levitater being a quarter of Hocus Crocus' cost, it may prove to be much more versatile in scenarios where sun is more restricted, such as Last Stand.

Due to having a heavier emphasis on single target stalling, it's much more useful against large zombies with lots of health, such as Gargantuars or Robo-Cones. This also lets it perform well in Penny's Pursuit, as the game mode often prefers to have a lower density of stronger zombies rather than a higher density of weaker zombies. Due to its strength towards single target zombies, it can be paired with plants that excel at dealing with groups of zombies (such as Fume-Shroom), allowing the latter to better deal with the high health zombies.

While this seems like a bad plant to pair with straight shooters such as Repeater at first, due to levitated zombies hovering over their projectiles, note that the zombies will still land a tile back from their initial point of levitation. In grouped situations where Levitater will not be able to hold back the entire horde, zombies will still be levitated out of play for a few seconds, preventing them from damaging defensive plants or using special abilities (such as Octo Zombie's ability to throw octopuses) during this time. Something important to note is that lobbing plants, such as Cabbage-pult, will be able to target and damage levitated zombies, allowing them to take even greater advantage of these zombies being stunned while levitated than their straight shooting counterparts.

A great combo for Levitater is with Blastberry Vine, this is due to many reasons. For one, Blastberry Vine being a vine gives you more room to build a large collection of Levitaters, letting them be more effective than with typical damage plants. Blastberry Vine also specializes in dealing with groups of zombies rather than single, strong targets. Levitater's strong stalling capabilities against single targets can help prevent these stronger zombies from becoming a large threat. Finally, Blastberry Vine is a lobbing plant, which allows it to take advantage of the levitation duration more than many other damage-dealing plants. 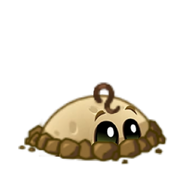 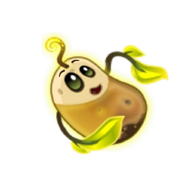 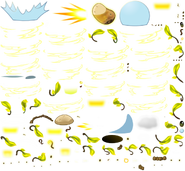