For the mini-game version of this level, see Dr. Zomboss's Revenge.

A money bag
Level 5-10 is the fiftieth and final Adventure Mode level in Plants vs. Zombies, Plants vs. Zombies: Journey to the West, and Plants vs. Zombies: Great Wall Edition, and it is the tenth Roof level. It is a boss battle level. When this level is finished for the first time, the player obtains the Silver Sunflower Trophy and three diamonds. The player will face Dr. Zomboss with his gigantic Zombot.

Being played by Camwood777

By JaeyDoesYT (Replaying)
Add a photo to this gallery 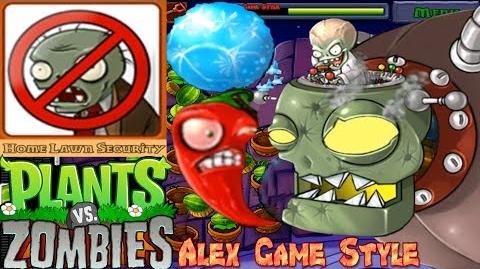 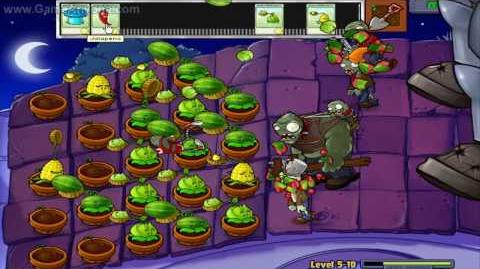 Plants Vs. Zombies HD - Level 5-10 Ending
Add a photo to this gallery

Retrieved from "https://plantsvszombies.fandom.com/wiki/Level_5-10?oldid=2360026"
Community content is available under CC-BY-SA unless otherwise noted.