For the other versions, see Lawn Mower.

Destroy a Zombie on the Ground.
The thing of Zombie nightmares.
Lawnmower is a premium rare plant trick card in Plants vs. Zombies Heroes and a member of the

to play, and its ability instantly destroys a selected zombie on a ground lane.

It is based on the eponymous defense mechanism in Plants vs. Zombies series, where it can instantly kill all zombies in its lane as a last line of defense, including Gargantuars (thus the description). It's apperance resembles the lawn mower in the Player's House and Modern Day in Plants vs. Zombies 2.

The inability to affect anything on the heights and aquatic lanes is probably due to the fact that in the first game, a lawn mower drowns the moment it enters the pool, and the roof's angles would have caused it to drop instead.

The thing of Zombie nightmares.

Lawnmower is a very useful card to have, being able to destroy any zombie regardless of stats. Compared to Squash, Lawnmower is a bit cheaper, but cannot target zombies on heights or aquatic lanes, so it cannot serve as a complete replacement for Squash. But for every

Solar hero, this can save the Squash for anywhere the Lawnmower otherwise fails to reach.

It is best to play this when there are very few or no heights or aquatic lanes in the field, but this only applies on some plant missions. In most cases, the best thing to do is to take control of the height and aquatic lanes in any way possible so that Lawnmower's restriction will not matter. Chompzilla has access to quite a few cards that are able to manually move zombies to the ground.

Deploying important or otherwise powerful zombies outside of ground lanes would be the best.

Brainy heroes can effectively prevent this from being played by deploying a Parasol Zombie on the middle lane.

Untrickable trait). If the zombie hero does not have access to any of these, then distribute the threats evenly on the ground, so that the plant hero will always suffer significant losses even if Lawnmower is played. You can also play zombies outside of the ground lane and clog them with weaker zombies, so that even Chompzilla can't move them. 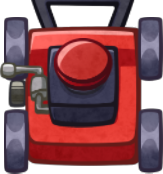 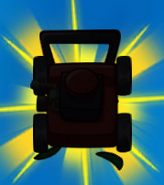 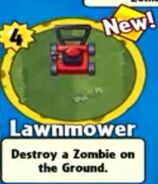