Survive and don't let the gunpowder barrels explode
In the Normal Mode of this level, the player has to beat Kongfu Zombies at Level 1.

(Crazy Dave appears)
Crazy Dave: Why are there zombies which carry bombs in Kongfu World?

(Penny appears)
Penny: Because the detector discovered there are a lot of explosives here, be careful of the flammable lines.
Crazy Dave: If I plant Iceberg Lettuce on the whole lawn, then that'll be crazy!
(Crazy Dave and Penny leave) 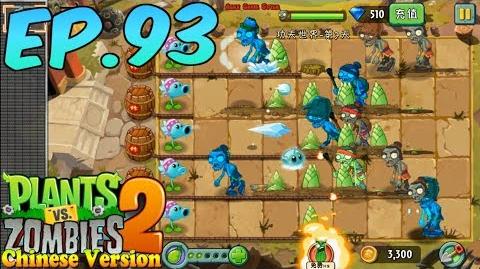 Survive and don't let the gunpowder barrels explode
In the Hard Mode of this level, the player has to beat the zombies at Levels 2 to 3.

Retrieved from "https://plantsvszombies.fandom.com/wiki/Kongfu_World_-_Day_7?oldid=2170882"
Community content is available under CC-BY-SA unless otherwise noted.