Plants vs. Zombies Wiki
Register
Don't have an account?
Sign In
Advertisement
in: Archived, China exclusive, Kongfu World,
and 11 more

Survive a massive attack in the Kongfu World
Kongfu World - Day 2 was the second level of Kongfu World in the Chinese version of Plants vs. Zombies 2. This level introduced the Drinking Zombie and the Fire Gourd. When this level was finished for the first time, the player received a Fire Gourd Puzzle Piece.

(Crazy Dave appears)
Crazy Dave: Look, there's a gourd here. Is there any wine inside?
(Penny appears)
Penny: Be careful, this fire gourd looks like it has high attack power.
Penny: I know, he can use fire to burn these Weapon Stands.
(Crazy Dave and Penny leave) 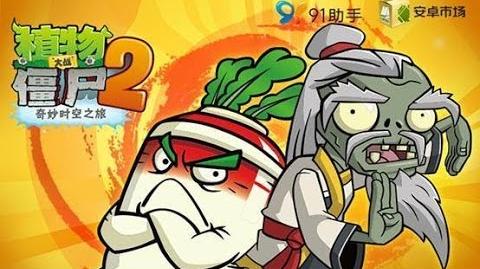