Plants vs. Zombies Wiki
Register
Don't have an account?
Sign In
Advertisement
in: Archived, China exclusive, Kongfu World,
and 7 more

Never have more than 10 plants

Kongfu World - Day 1 was the first level of Kongfu World in the Chinese version of Plants vs. Zombies 2. This level introduced the Hammer Zombie, along with the Torch Kongfu Zombie, a variant of the Explorer Zombie. After completing this level, the player received a money bag.

(Crazy Dave appears)
Crazy Dave: Ah, this is the Kongfu World. I want to see the qigong performances!
(Penny appears)
Penny: According to my math, the dangerous level of the zombies that know how to do Kongfu doubles.
Penny: Also be careful of those weapon stands, looks like the zombies particularly like taking stuff on the stands!
(Crazy Dave and Penny leave) 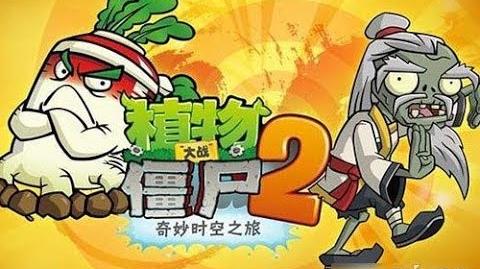