Kongfu World - Day 1 is the first level of Kongfu World in the Chinese version of Plants vs. Zombies 2. This level introduces the Weapon Stands, along with the Torch Kongfu Zombie, a variant of the Explorer Zombie. When this level is finished for the first time, the player obtains a star.

(Crazy Dave appears)
Crazy Dave: Ah, this is the Kongfu World. I want to see the qigong performances!
(Penny appears)
Penny: According to my math, the dangerous level of the zombies that know how to do Kongfu doubles.
Crazy Dave: Also be careful of those weapon stands, looks like the zombies particularly like taking stuff on the stands!
(Crazy Dave and Penny leave) 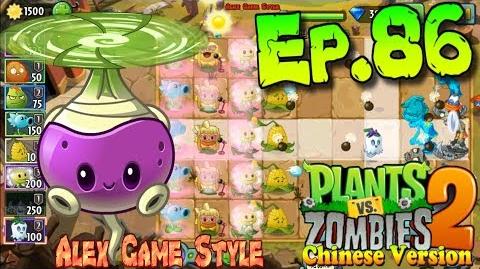 Coins
In the Hard Mode of this level, the player has to beat the zombies at Levels 2 to 3.

Retrieved from "https://plantsvszombies.fandom.com/wiki/Kongfu_World_-_Day_1?oldid=2170872"
Community content is available under CC-BY-SA unless otherwise noted.