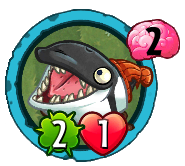 Fusion: A Zombie played on this gets +2

and Amphibious.
Flooding Hollow Earth with water from above, Neptuna attacked with flying whale cavalry. Or really, falling whale cavalry.
Killer Whale is a triassic rare zombie card in Plants vs. Zombies Heroes and a member of the

. It has the Amphibious trait, and its Fusion ability gives the zombie played on it +2

and the Amphibious trait. Its closest plant counterpart is Lily Pad.

It is based on the animal in real life with the same name and appearance.

The beanie it wears could be a reference to the map Great White North from Plants vs. Zombies: Garden Warfare 2 (which features killer whales), as beanies are usually worn in Canada, and the "Great White North" is another name for Canada.

Killer Whale is a rather frail and average Amphibious fighter, but its Fusion ability is very handy. While the +2

boost to a zombie is decent, allowing any zombie to be played on the aquatic lane is the main thing about it. Pretty much anything with at least one outstanding aspect is good, whether it be a high-health zombie with a persistent ability like Team Mascot or Stompadon, a glass cannon like Cuckoo Zombie or Raiding Raptor, or a zombie with both such as Zom-Blob or Valkyrie. This makes Killer Whale a versatile pick for any deck, even outside a pet deck.

Killer Whale's greatest weakness, however, is its low health. While you can boost its health, you can't on turn 2 unless you block and get either Galvanize or Rock Wall, which requires insane luck (meaning that it is near impossible). While it has the Amphibious trait that grants it safety from most plants, your opponent can play Amphibious cards like Sting Bean themselves, or tricks like Banana Bomb or Weed Whack to destroy Killer Whale. Therefore, you might want to play Killer Whale on turn 3 so that you can play tricks to keep it alive if you don't want to take some risks.

Killer Whale's Fusion ability can make a zombie more threatening and more of a pain to remove. But since you play your cards after your opponent plays Killer Whale, it is easy to destroy if you have Amphibious plants like Admiral Navy Bean, or tricks like Berry Blast. But if you don't, or if Killer Whale is played later in the game, you will have to deal with the boosted zombie instead. Since Killer Whale is mostly going to be in the aquatic lane, so will the boosted zombie.

Fortunately, each class has cards to deal with the boosted zombie.

Guardian have Amphibious cards, but Guardian is better as their plants pack a bigger initial punch (unless a strong plant is played on Lily Pad).

Solar heroes have access to instant-kills, but Squash is rather pricey, Lawnmower is useless, and Whack-a-Zombie has limits.

Kabloom has access to damaging tricks, although they will have to play many cards to destroy zombies with high health. And finally,

Mega-Grow heroes have various moving cards, allowing them to fight the boosted zombie where their stronger plants are. 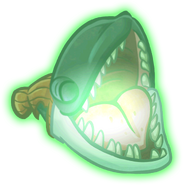 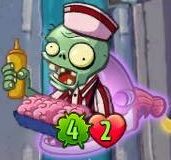 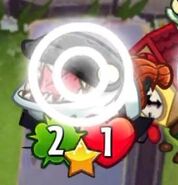 Killer Whale with a selection icon

Killer Whale with the

Killer Whale with the 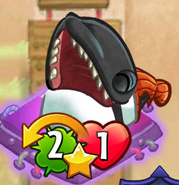 Killer Whale about to do an 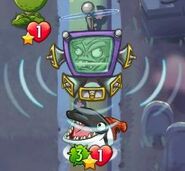 Devour being played on Killer Whale 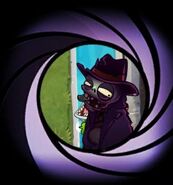 Shamrocket being played on Killer Whale