Not to be confused with World Key.

In the 8.9.1 update, keys returned and are repurposed. Instead of unlocking gates, they are used to unlock new worlds, replacing World Keys. Beating Ancient Egypt - Day 6 will grant the Pirate Seas Key, while the rest can be obtained by beating Dr. Zomboss in the previous world.

In Plants vs. Zombies Online, keys were mainly obtained by beating levels for the first time in Adventure Mode. Subsequent replays of the beaten level would not give the player any more keys.

Keys were found as a rare dropped item from all zombies killed in a time zone. The odds of a zombie dropping a key were relatively low, around one percent off of any zombie, regardless of health or speed. Keys could also be found off of the Treasure Yeti every once in a while, and a lunchbox could carry three keys of the area the Yeti was killed in. 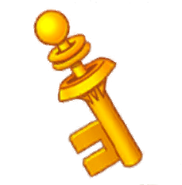 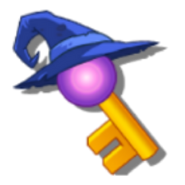 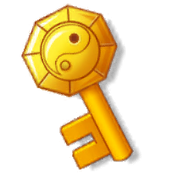 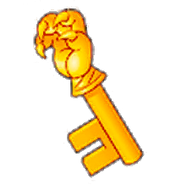 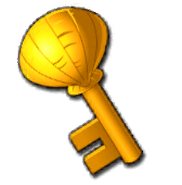 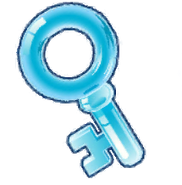 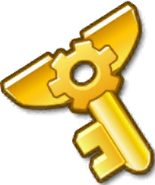 The Tower Defense Key as seen in the Backpack