Same as before
Jurassic Marsh - Day 9 is the ninth level of Jurassic Marsh in Plants vs. Zombies 2. It is a Locked and Loaded level. Pterodactyls make their first appearance here. After completing this level, the player receives a money bag.

The pterodactyl is possibly the hardest dinosaur to deal with, especially in this level. Pterodactyls bring a Jurassic Zombie, Conehead, Buckethead, or Fossilhead to the first column, switching their direction and making the zombies act like the Prospector Zombie; however, Prospector Zombies differs greatly from these backwards zombies because the player cannot use Blover to blow them away, which means once a zombie is taken, it is guaranteed to bring it to the closest column to the house. The zombie walks away from the house, but can still be killed, unlike zombies walking away from the house affected by Hypno-shroom. Plus, many pterodactyls are present, mostly two at a time, so Perfume-shroom cannot be used to affect all of them. The only offensive plants are Primal Peashooter and Potato Mine, which makes this level a bit more trickier. It is suggested to use Instant Recharge on Perfume-shroom.

By MyNameIsMyName. Note: I used Primal Wall-nut at the first column from the right in order to keep zombies away from dinosaurs. 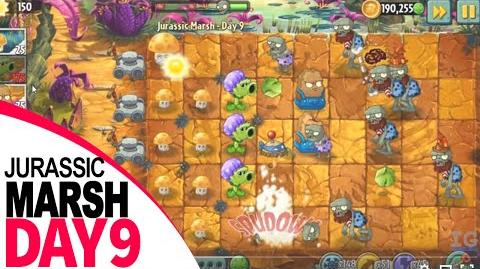 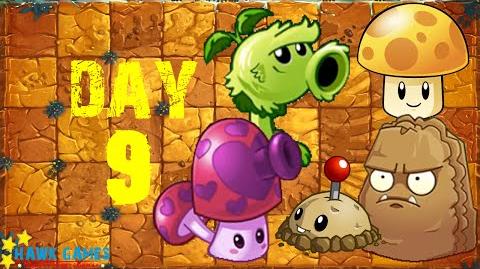 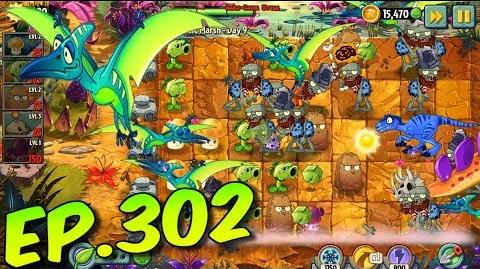 Retrieved from "https://plantsvszombies.fandom.com/wiki/Jurassic_Marsh_-_Day_9?oldid=2349471"
Community content is available under CC-BY-SA unless otherwise noted.