The flowers are placed unusually far from the house, reaching the sixth column. This level can be very problematic depending on the plants given, as their ratios of being given and when they do appear make it awkward to get the plant you need. This usually end up leaving one or two lanes without a Primal Peashooter very far into the level. It is highly inferred that Primal Wall-nuts should be placed on the flowers. However, there is little threat to the flowers as there are raptors that kick zombies past the flowers often. Also, use Cherry Bomb wisely, mainly for huge groups during final wave, or Jurassic Fossilhead, which acts like a tougher Jurassic Buckethead that is not affected by Magnet-shroom. 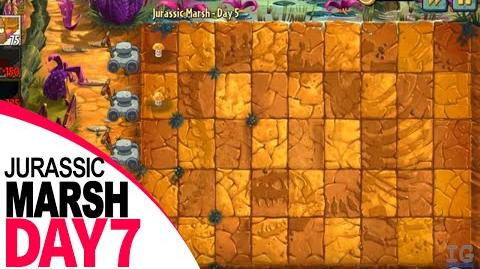 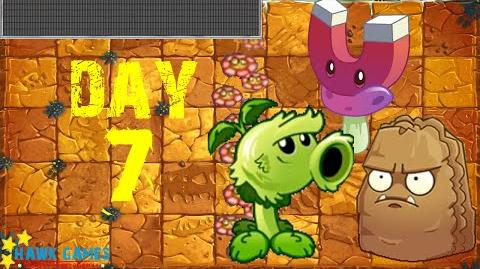 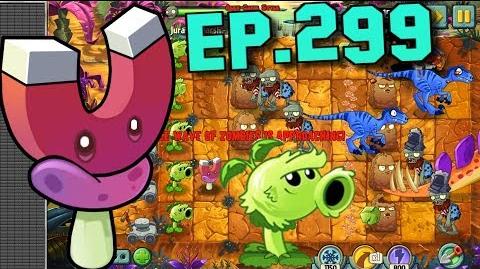 Retrieved from "https://plantsvszombies.fandom.com/wiki/Jurassic_Marsh_-_Day_7?oldid=2349469"
Community content is available under CC-BY-SA unless otherwise noted.