A money bag
Jurassic Marsh - Day 23 is the twenty-third level of Jurassic Marsh in Plants vs. Zombies 2. Primal Potato Mine is pre-selected in this level. When this level is finished for the first time, the player unlocks the aforementioned plant.

The Primal Potato Mine is pre-selected for the player's use. This is a powerful early plant, for its quick arming time and 3x3 area. The first few zombies are Jurassic Coneheads, hinting that the player should use the Primal Potato Mine to deal with them. The next few zombies come in somewhat big waves, along with a dinosaur appearing every zombie wave. The main threat here is the numerous raptors that appear in this level, as well as some pterodactyls early on. Due to Primal Potato Mine's sluggish recharge, it is not recommended to rely on it in this level. 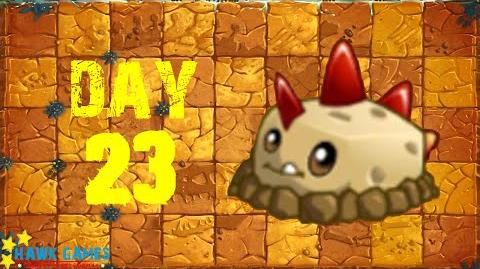 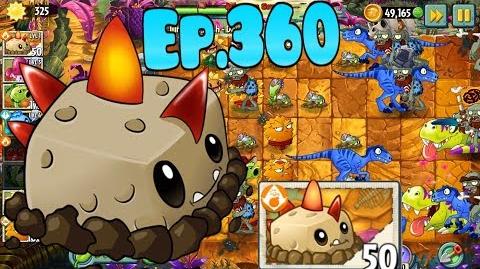 Retrieved from "https://plantsvszombies.fandom.com/wiki/Jurassic_Marsh_-_Day_23?oldid=2349605"
Community content is available under CC-BY-SA unless otherwise noted.