The objective to produce at least 2000 sun is relatively easy, especially with two flags in this level. So, the player should not focus on sun production that much. Two rows of any sun-producing plants will do. Dinosaurs do not pose much threats in this level, and the first wave does not appear as quickly as other levels in this world normally happens earlier. However, that does not mean that they will come slowly enough for the player to set up a proper defense, so he or she must be careful.

First plant two whole columns of Primal Sunflowers on the first and second column. Do not worry if the zombies come too quickly because that is where the Puff-shrooms come into play. While you are planting your Primal Sunflowers, plant one whole column of the free Puff-shrooms, on the third column, to hold off the zombies and Jurassic Imp(s). Then, as you gather sun, plant a whole column of Coconut Cannons on the fourth column, protected by a column of Tall-nuts, which are to be planted on the fifth column. Collect Plant Food from zombies to regenerate and replenish your Puff-shrooms to further defend your plants from failure and doom.

Also, the two columns of Primal Sunflowers will assure you to defeat the objective of producing 2000 sun.

NOTE: This strategy may use lawn mowers, depending on how the player's attentiveness is used. 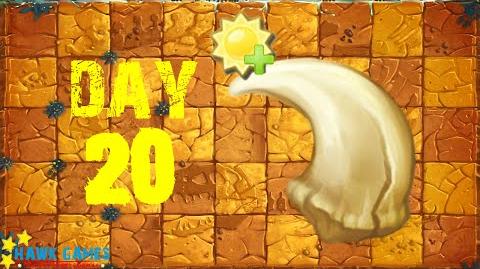 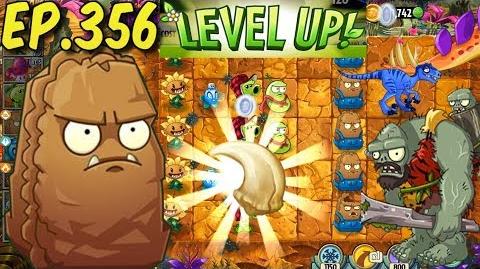 Retrieved from "https://plantsvszombies.fandom.com/wiki/Jurassic_Marsh_-_Day_20?oldid=2349602"
Community content is available under CC-BY-SA unless otherwise noted.