Same as before
Jurassic Marsh - Day 2 is the second level of Jurassic Marsh in Plants vs. Zombies 2. The first type of dinosaur, the raptor, are first introduced here. After completing this level, the player receives a money bag.

(Crazy Dave and Penny appear)
Penny: This epoch is known for its unusual lifeforms, User Dave.
Crazy Dave: I know! Gymnosperms, right?
Penny: I was thinking more in terms of saurians, User Dave. Dinosaurs.
Penny: They won't attack us directly and we can't affect them.
Penny: However, they will definitely react to zombies. Be wary!

The first appearance of dinosaurs, the raptors in this level may troublesome players, as they can kick zombies to the third column with ease. Plus, with tough zombies like Jurassic Buckethead and Jurassic Fossilhead, they can easily tear through early defenses. However, Primal Peashooter is pre-selected, giving a slight counter to the raptors due to its random knockback. Additionally, use Blover to blow the zombies kicked by raptors, since they generally are in the air. 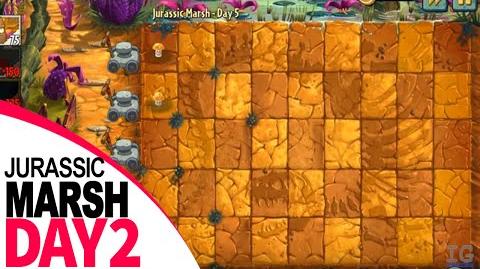 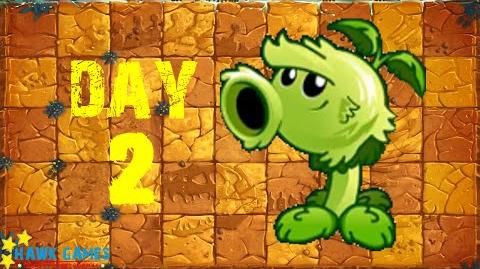 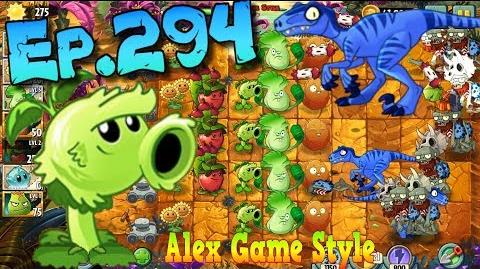 Retrieved from "https://plantsvszombies.fandom.com/wiki/Jurassic_Marsh_-_Day_2?oldid=2349464"
Community content is available under CC-BY-SA unless otherwise noted.