Don't let the zombies trample the flowers
Jurassic Marsh - Day 19 is the nineteenth level of Jurassic Marsh in Plants vs. Zombies 2. It is a Special Delivery level. Cold Snapdragon, the premium plant tied with Jurassic Marsh Part 2, is introduced here. After completing this level, the player receives a money bag.

The player gets to try out the premium plant Cold Snapdragon, a powerful up close area-of-effect plant, which is also known as the icy version of the Snapdragon. Planting Primal Wall-nuts or Spikerocks on the flowers are recommended, as Primal Wall-nuts can block any zombie from crossing them, while Spikerocks avoid the objective being failed if a zombie crosses the flowers. However, what makes this level slightly difficult is the early part of the level, where zombies can easily pass the flowers with not many plants given. In addition, even though only the T. Rex is present in this level, it can prove an issue, as if it is not handled properly, it can rush zombies to the flowers, and cause the player to lose the level.

Plant Cold Snapdragons in the column behind the flowers. When Spikerock and Primal Wall-nut appear on the conveyor belt, plant them on the flowers. Spikerock is useful as it cannot be destroyed by anything except Jurassic Gargantuars. Zombies walking on top of the Spikerocks will not be considered as "trampling the flowers." When the Gargantuar arrives, slow it down with your plants and prevent him from smashing your Spikerocks at all costs, even if you have to use the Mower Launch upgrade and lose a lawn mowers.

A great way to save time by GalacticFNAFRunner 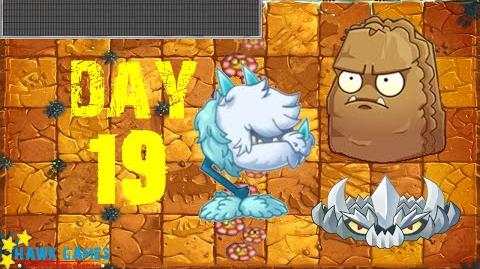 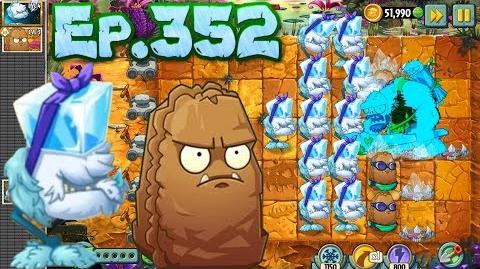 Retrieved from "https://plantsvszombies.fandom.com/wiki/Jurassic_Marsh_-_Day_19?oldid=2349601"
Community content is available under CC-BY-SA unless otherwise noted.