Raptors are the main focus again, like many early levels. Zombies are usually spread out, and tend not to be in the same row. However, Grapeshot deals with this, because of its projectiles. The Jurassic Gargantuar appears yet again, but like Day 12, can easily be stopped by a charmed raptor. The absence of defensive plants leaves the player without a blockade against the zombie horde.

Start by planting one or two rows of sunshrooms. Plant primal peashooters on the row after the sunshrooms. Save sun in the beginning for grapeshots. Try to charm all raptors. At the end, use perfune-shroom on the third lane when the raptor is in front of the gargantuan. This will make the raptor kick the gargantuar.

Beat the level with nothing on the screen! By EpicGamer23468 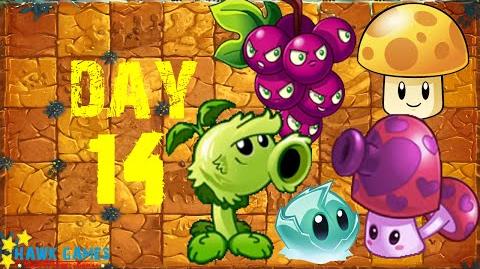 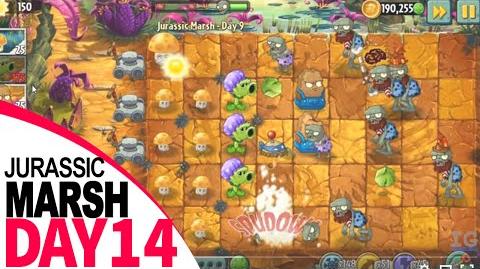 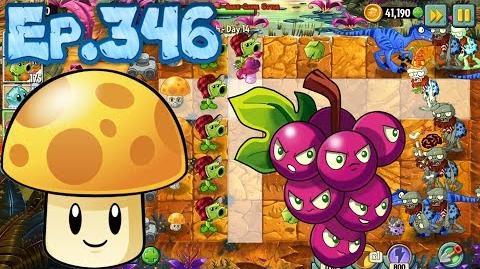 Retrieved from "https://plantsvszombies.fandom.com/wiki/Jurassic_Marsh_-_Day_14?oldid=2349477"
Community content is available under CC-BY-SA unless otherwise noted.