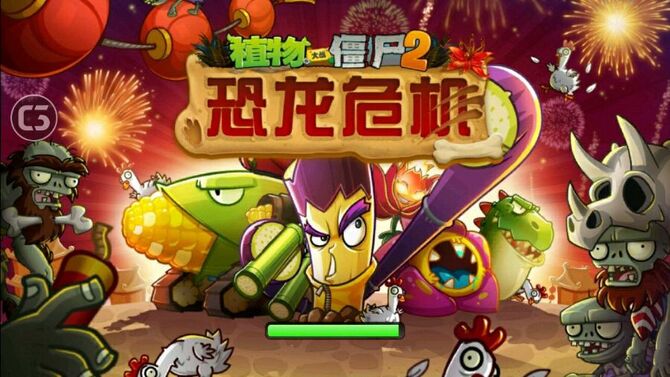 Obtaining stars or 58 diamonds
Jurassic Marsh (恐龙危机; pinyin: Kǒnglóng Wéijīe, translation: Dinosaur Crisis) is the 12th world released in the Chinese version of Plants vs. Zombies 2. It was released on iOS on January 12, 2017 and on Android a day later.

It takes place during the Jurassic Era, long before the events of Frostbite Caves, where dinosaurs were still a reality. Although the lawn is located in a marsh, water is not a relevant environment modifier in this world. However, water can be seen near the lawn.

To the Jurasic period when even the ground was trembling since it was ruled by the dinosaurs. To defeat prehistoric zombies with the dinosaurs, are you ready for it?

Dinosaurs are the gimmick and environmental modifier of this world. They do not act like typical zombies, and are not classified as such, since there is no such interaction between the dinosaurs and plants (except between Perfume-shroom). They however, do interact with zombies of any type that passes by them. The dinosaurs are the raptor, stegosaurus, pterodactyl, T. Rex, ankylosaurus, and brontosaurus. They are also summoned by eggs and surprise attacks (brontosaurus only) in this version.

Jurassic Marsh on the world map 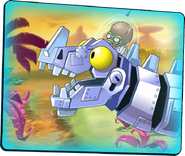