when anything is bounced.

"It's not how hard the Zombies knock you down. It's how hard you bounce back."
Jelly Bean is a colossal super-rare plant card in Plants vs. Zombies Heroes and a member of the

It does not have any traits, and its ability gives it +1

It is based on the confectionery in real life with the same name. However, Jelly Bean is more of a bean made of gelatin rather than an actual jelly bean (which includes sugar, corn syrup, and starch but not gelatin), as seen by some of its animations.

Its description is a reference to inertia.

"It's not how hard the Zombies knock you down. It's how hard you bounce back."

While having slightly less than average stats, Jelly Bean is a great card to use in most decks that involve beans or Bouncing zombies, mainly due to its tribe and ability. That alone is useful, but if played on another bean, you get to Bounce a zombie and turn it into a 5

If you decide to have Jelly Bean in a deck, Jumping Bean, Spring Bean, Rescue Radish, Grave Mistake, and Primal Peashooter are also vital as well due to their Bouncing abilities. But don't try to rely on them too much, as these cards do not have great stats other than Rescue Radish and Primal Peashooter, putting you in a tight spot if your opponent successfully deals with Jelly Bean and you don't have a backup plan.

If used as Rose, she can use Sunflower or other sun-producing plants to get Jelly Bean earlier, and thus have a very powerful 5

plant on the field if a bean manages to survive before playing it.

Green Shadow and Nightcap can play Whirlwind as a cheap way to Bounce a zombie, although it is random. Speaking of Green Shadow, she can also strengthen Potted Powerhouse by +1

every time this gets boosted.

Jelly Bean is a threatening plant due to its ability, not to mention the plethora of Bouncing cards your opponent has in their deck. If your deck has Bouncing cards such as Backyard Bounce or Zombie Yeti, refrain from using them, as they will make Jelly Bean stronger too, unless of course if you want to Bounce a Jelly Bean.

If you do want to use them, however, Bounce or destroy any Jelly Beans so that they don't get stronger. But avoid using Dolphinado against this unless it is the only plant on the board, as you do not get to decide what gets Bounced. If it does get too powerful, play Rocket Science or Cut Down to Size on it. 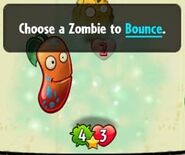 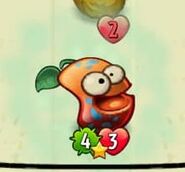 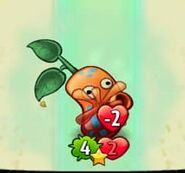 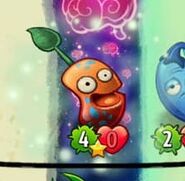 Terrify being played on Jelly Bean 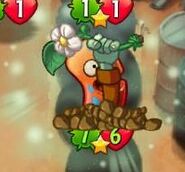