Legendary
Iron Citron's got a cool looking suit or armor, no question. But what he won't tell you is how hot it gets inside of that thing, and how much trouble he has bending over to pick things up.
Iron Citron is a Legendary Citron variant in Plants vs. Zombies: Garden Warfare 2. His appearance is the same as a regular Citron but appears to be encased in Iron Armor and wears no Bounty Shades. He is the armored variant of the Citron. He has the 2nd highest health out of any other playable variant ever, having 250 health, which is slightly lower than Torchwood's (not counting the Infinity Robots, which have 2000 HP or the Z-Mech, which has 300 to 400 HP depending on the variant). His primary weapon, Mech Breaker, is similar to the Tank Commander as it only has one ammo before needing to reload. Iron Citron has the legendary ability called Iron Mode that, after getting 5 vanquishes in a row, makes him move faster, reduces damage taken by 25% and increases the ammo in his clip from 1 to 5 ammunition (More info below on "Iron Mode" below).

He may be based off Iron Man, as they both have metal suits and have "Iron" in their name.

The primary weapon of the Iron Citron is the Mech Breaker. It fires a projectile that deals 50 - 15 impact damage (note that any direct hit with the projectile is a critical hit) depending on range. His splash damage also experiences dropoff, as it will deal 25 - 7.5 splash damage, also depending on range. The Mech Breaker by default only one round to fire before having to reload.

When Iron Mode has been achieved, the Mech Breaker's ammo increases to 5, allowing the Iron Citron to fire the weapon at will at a maximum rate of fire of 140 RPM.

The Iron Citron is somewhat of a combination of a Citron and a Tank Commander, with an addition of a legendary meter. Pick up zombies that are off their team, as they're as well as dead when you are in full health. Try to stay keep a Chomper's range from the enemy, which enables you to deal approximately 48 critical damage, and be able to escape from lethal abilities such as the Imp Punt and the Super Ultra Ball. If your enemy is a fast moving character while you have poor aim, try to hit the ground like a Peashooter, as 25 splash damage is still a thing compared to none. Once you enter iron mode, go seek enemy actively - the more you find, the more you kill. Do not be overconfident in staying under fire against a whole team though - there are still many zombies whose firepower can vanquish you easily.

Iron Citron has a very slow reload on default, and in real-time battle this may be the critical element for your defeat. Therefore, striving for double reload upgrade can help you to become a much better Iron Citron (you'll obtain both of them once you reach Advanced level 9 ) as you'll be able to dish out some serious damage in close range. For the third upgrade, if you cannot or dislike killing very much zombies, of course the Legendary Meter Upgrade would be recommended. But if you tend to play as other Citron variants or assassins such as imps, the speed upgrade would be recommended. It compensates for the mobility lost by this Armored variant and might help while you are retreating or stalking. The Health upgrade is not recommended as an addition of 10 health does not matter much to it already-high health, it might be a matter of one bullet or two.

Iron Citron is similar to the Tank Commander but has a legendary meter to fill that allows him to be very effective compared to his zombie counterpart. This variant should be played either defensively or at long range. Iron Citron has 250 HP, meaning he has the second highest health in the game (this means he's nearly immune to standard weaponry when engaged in 1v1s).

Iron Citron's single shot weapon is most effective in close quarters combat, dealing up to 50 damage. An effective way to build up your meter is to travel with other plants. A Sunflower sticking with an Iron Citron makes for an incredibly strong combo, with the latter providing all the protection needed in a minor scuffle as well as the kills he leeches building his extremely strong Legendary Mode. Attacking multiple player controlled Zombies solo can get you vanquished very fast as Iron Citron is often targeted.

When "Iron Mode" is active, you become extraordinarily powerful, not to mention versatile, with four extra shots in your magazine and 50% more speed. It's best, when on the offensive, to spawn Heal Weeds because having low health risks speeding your demise. Along with all other legendary variants, attacking spawnable zombies and bots would be a great strategy to fill up your legendary meter. He's far the most mobile out of all the armored variants, thanks to his Citron Ball ability, and has the most survivability of all the Armor variants, thanks to Citron's already high health being increased by 50 without a penalty to his speed and his Peel Shield/Mood Shield .

Iron Citron is a game-changing class if the opponent plays them right. Iron Citron's weakness is his size and damage dropoff. You will find that it is pretty easy to land shots on an Iron Citron in "attack mode" due to his large hitbox. Full auto classes like the Foot Soldier and the All-Star are effective counters (particularly Ice variants). Iron Citron only does 15 damage from direct hits at long range. Use this to your advantage by attacking him before he gets close.

Avoid getting EMPeached if you can (pertaining even more to Scientists and Imps because of such low health) owing to the hits that he can land on you whilst you are helpless, and he can easily land them if he has decent aim. It is advised to team up against him if you are having trouble countering the Iron Citron because he has very low sustained DPS, yet can devastate you in a 1v1 every time like any other Citron from his burst-style damage and the EMPeach's stunning properties.

The Iron Citron is a Legendary character, meaning that it is nearly impossible to find stickers for him in sticker packs, and he cannot be unlocked in Phenomenal Character Packs. However, only two stickers are needed to unlock him. A good strategy to get him is to buy the Wondrous Pack Of Greatness packs, because it has the highest chance per pack of getting a Legendary. Buying him outright may be another way to unlock him, and although this is the most foolproof and immediate method of obtaining a character of such rarity, it empties your wallet unlike the first two techniques for attainment. 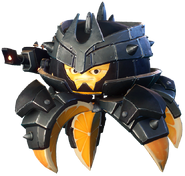 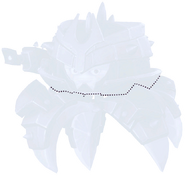 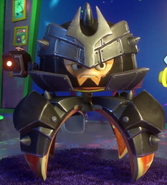 Iron Citron in the customization booth 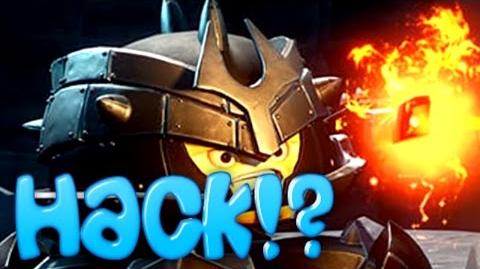