.
One small step for Plants. One giant leap for Plant-kind!
Inspire was an unused undroppable common plant superpower trick card in Plants vs. Zombies Heroes and wasn't a member of any class. It cost 1

to play, and its ability gave a plant +1

. Its zombie counterpart was Motivate.

Inspire, along with the other neutral superpowers, got scrapped in update 1.2.11, as superpowers became bounded to heroes.

It was based on the L.E.A.F. symbol, or the badge symbol that represents plant heroes.

Its name was based on a real meaning of inspire, which is "to fill someone with the urge or ability to do or feel something, especially to do something creative." It might have also been a play on another meaning of inspire, "to breathe in air," as plants also need oxygen for their respiration cycle.

Its description was a reference to the quote made by Neil Armstrong upon setting foot on the Moon. The quote goes: "That's one small step for man, one giant leap for mankind."

One small step for Plants. One giant leap for Plant-kind!

Inspire could be used as an early boost or as a last-ditch effort. Depending on situations, if you had early advantages, you could played this trick to boost early-game plants like Peashooter and Bonk Choy. Or, if you managed to save this until late game, you could have used this to even boost a bit to already powerful plants like Grapes of Wrath.

Later on, you would be able to play zombies so powerful that a measly +1

wouldn't even matter. However, if it was played in the early-game, even a +1

boost could be troublesome. It was recommended to re-plan your strategy if your initial plan failed due to the small boost. 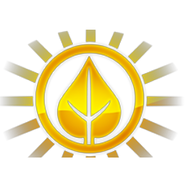