I need my TIME MACHINE!
Ingot Thief Zombie is a conjectural name for this article.
If you know the official name or have a better name or
translation for it, please contact a wiki administrator to change it.

Swings in on a rope to lane midway onto your lawn, then steals ingots on the lawn.

Special event
Ingot Thief Zombie was a zombie in the Chinese version of Plants vs. Zombies 2. He was featured in events that ran until February 15, 2016. He acted like Swashbuckler Zombie, but stole ingots if he was next to one.

His actions depended on how many ingots there were on the tile he was about to steal. If there are six ingots, the zombie would steal one and walk away. If there were five, he took away all ingots at once, but still walked away. If there were four or less ingots, he took away all ingots, but walked to the player's house instead. When killed or if he escaped, Ingot Thief Zombies sometimes dropped a free plant for the player to use. While one was walking away, he did not eat plants but could still be attacked normally. If one was killed while walking back after stealing an ingot, the ingot(s) was not returned. 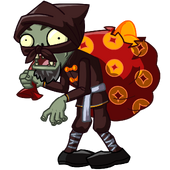 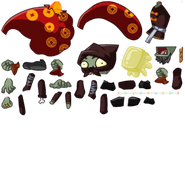 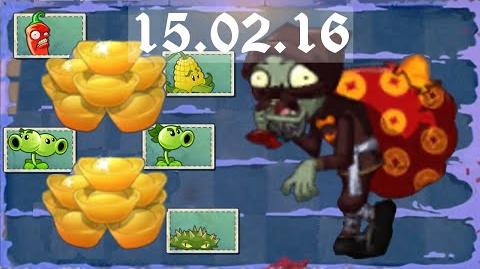 Retrieved from "https://plantsvszombies.fandom.com/wiki/Ingot_Thief_Zombie?oldid=2351593"
Community content is available under CC-BY-SA unless otherwise noted.