Spits out dye bullets to attack the zombies ahead

Impaintiens, who has always wanted to be a high-rate makeup artist, has gained quite a following by posting selfies of herself with her petals dyed all sorts of different colors on social media, but doesn't know that everyone prefers her in her natural white petals.

Impaintiens (凤仙花射手; pinyin; fèngxiānhuā shèshǒu) is a straight-shooting plant in the Chinese version of Plants vs. Zombies 2. Impaintiens attacks zombies by shooting dye seeds at them.

Impaintiens is also a growing plant similar to Sun-shroom and Strawburst, some time after being planted Impaintiens will color itself differently and fire more damaging dye seeds at targets.

Impaintiens is based on the Impatiens walleriana flower, known colloquially as either the balsam, the busy Lizzie, or the impatiens, a species of the Impatiens genus native to eastern Africa from Kenya to Mozambique

Its dye based attacks are a reference to how plants in the Impatiens genus are cultivated and used for producing natural dyes. Its name is a portmanteau of "impatiens" and "paint", referencing its attack.

When fed with Plant Food, Impatiens will dye herself to her final coloration and fire a large barrage of dye seeds ahead of her.

When costumed, the amount of seeds in the seed barrage is doubled, and the seeds now fan out instead of only being fired straight ahead.

This plant is closely similar to Dazey Chain, the two has stages, and could also stun. The difference is dazey chain shoots rapidly but its projectile has no additional effects but momentarily releases a gas that could stun zombies, Impaintiens projectiles however has additional effects like slowing and stunning zombies momentarily. Use her as you would use with Dazey Chain except that her slow rate of firing, makes her a weaker version, and since her projectiles could only target one zombie at a time, puts her in danger when there are huge hoards of zombie ahead. Defensive plants are recommended, if you are going to use her in battle. She is at her best when she reaches level 5 because she has a chance to shoot a big purple dye which explodes in a 3x3 area, and much more threatening when she is boosted while in her purple form.

However she is outclassed by many straight shooting plants, like Snow Pea which is guaranteed to slow zombies or a level 2 or 3 Repeater could also slow zombies along with firing red and blue fireballs. In conclusion, Impaintiens is not recommended to use in many cases. What makes this worse is she is difficult to obtain because she is legendary. But, if the player does manage to upgrade her to level 5 she is very useful, especially when costumed, for those who cannot however, she is not recommended, her slow firing rate, and high price, makes her just like a 200 -cost peashooter. 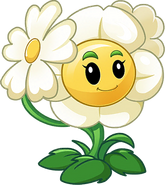 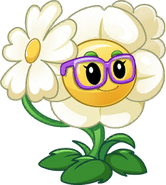 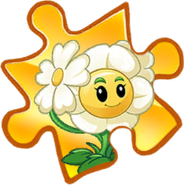 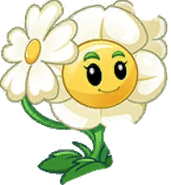 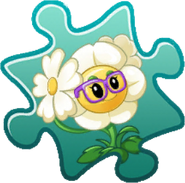 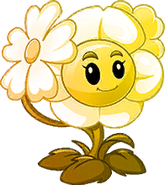 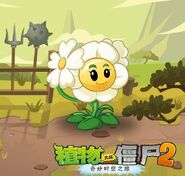 Another one of Impaintiens' reveal images