When you play a Plant, this transforms into a copy of that Plant.
When asked the secret to fighting zombies, Imitater replied: "...." Truly a master of his craft.
Imitater is a colossal super-rare plant card in Plants vs. Zombies Heroes and a member of the

. He does not have any traits, and his ability transforms him into the next plant played or made, excluding another Imitater.

When asked the secret to fighting zombies, Imitater replied: "...." Truly a master of his craft.

This is a very powerful card. You can use him to have two of the same plant on the field. Preferably, you will want to use him with plants that have powerful "When played" abilities like Dandy Lion King, or powerful plants in general like Grapes of Wrath. Do note that Evolution abilities will not activate, even if the original plant is Evolved. He can be used to his full potential if played in a lane with Pair Pearadise and a powerful plant such as Kernel Corn is played in another one. You will end up with four of the same plant. However, pulling this off is extremely tricky and not worth the cost, unless the zombie hero does not disrupt the formation.

While Imitater does synergize with Starch-Lord due to his root tribe, the boost he gets will be meaningless as Imitater's purpose is to transform; the only instance this boost becomes useful is when you don't have enough sun to play your desired plant, or if Imitater turns into a root. However, he can stil be Conjured by him.

Since he is a mime card, you can boost him and make him perform bonus attacks without worrying about Gargantuar Mime also performing bonus attacks. However, you are better off not using any bonus attacks instead, simply because Imitater has low strength, and you cannot play any other plant later as any tricks used to boost his strength will be wasted when he transforms into another plant.

You can use Pecanolith to take advantage of its high health, making him better at fighting back. However, you're better off with planting Pecanolith after Imitater because Pecanolith is very powerful, unless you want to play a plant like Astro Vera.

There is not too much you can do against this card, unless he is not used in a one-turn combo. Since he is quite tanky, he is pretty difficult to destroy. However, you can remove him with a heavy-damaging card like Cakesplosion, or take advantage of his low strength by playing Rolling Stone on him.

If your opponent uses Imitater to have many of the same type of plant on the field, Extinction Event can weaken or outright destroy them all.

If the plant Imitater turns into has a high cost, you can Bounce it to prevent the card from appearing for another turn, and the plant hero will have to spend the full cost of it. But avoid doing this if the plant has a strong "When played" ability like Astro Vera, or else they will play it again.

plant, making him unable to turn into stronger plants. 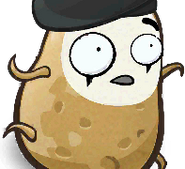 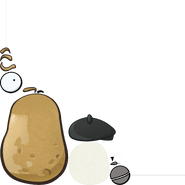