The Hockey Star has led the ZHL in penalties for the past 3 seasons. You can find him in the penalty box, even between games.

The Stinky Glove Launcher is the primary weapon of Hockey Star. It shoots extremely fast, but it deals very low damage (2-4 damage depending on range from the target). Because of its high fire rate, it overheats very quickly.

These improved glove holders have a nice snug fit and are warm to the touch. They reduce heat friction too.

The Heat Reducer, while damaged, still reduces the time it takes to recover from overheating. 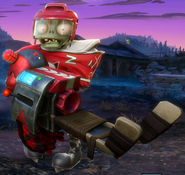 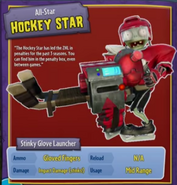 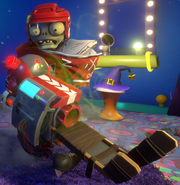 Retrieved from "https://plantsvszombies.fandom.com/wiki/Hockey_Star?oldid=2351970"
Community content is available under CC-BY-SA unless otherwise noted.