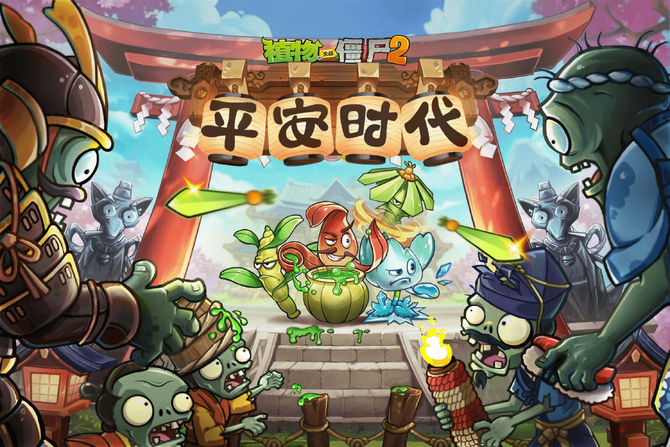 There are a few mechanics encountered in this world;

As its name says, Heian Age takes place during the Heian period of Japan, a period in Japanese history spanning from 794 to 1185. The Heian period is noted by a decline in Chinese influences and an increase in imperial art, poetry, and literature. Crazy Dave's house itself appears to be located near Mount Fuji, as seen by in the background.

Going to Japan during the Heian Period and combat with the samurai zombies. Turnabout the game using Saisen Boxes in front of the shrine, are you ready for it?