In Plants vs. Zombies: Garden Warfare, Plants vs. Zombies: Garden Warfare 2, and Plants vs. Zombies: Battle for Neighborville all characters have a certain amount of health present with them which dictates the survivability of each character. This can vary between classes, but it is almost always a number that is equally dividable by 25. When they first spawn, health is at 100% of the class's health, and when health reaches 0, the player is "Vanquished", or defeated, and their character's body will drop to the ground like a ragdoll. This is when the character is considered dead, but they may be revived by other teammates.

When health falls down to 0 (or, if enough damage is dealt, it can become a negative number), the target is vanquished, meaning they are knocked down to the ground and will be rendered unable to attack on their own and can be considered dead. However, if an ally is nearby, the player can be revived by their ally (which will restore the vanquished player's health to 50%, however, in Plants vs. Zombies: Garden Warfare 2, Sunflowers and Scientists can revive their allies back to full health), but doing so puts their ally at risk of being Vanquished as well. While being in this revive-able state, the player is put into the respawn cycle and can choose to respawn. Some attacks, namely Chomper's Chomp attack while executed from behind or while burrowing or Cozmic Brainz's primary weapon while at its third charge level, will (if successful) render the player unrevivable.

Vanquishment is directly the method of scoring in Team Vanquish, (and indirectly in Vanquish Confirmed!).

In Team Vanquish, the player must, as the name says, vanquish an enemy player to score a point for their team but if the vanquished player is revived, it will subtract one point from the opposing team's point count.

In Vanquish Confirmed!, Vanquishment is only indirectly the way of scoring as while an enemy must be vanquished in order to gain points, the vanquish will only yield a point once the player (or an ally) collects the orb that the vanquished player drops.

Being vanquished in Gardens & Graveyards as a plant and not being revived means that the player will respawn a moderate distance from the garden. Zombies will respawn on one of multiple spawn points which are all located within in a predetermined spawn zone. If an Engineer or Engineer variant has built a teleporter , a purple door will appear, and zombies will be able to use this to get closer to the garden easier.

In Herbal Assault, the respawn mechanism is reversed. Zombies now spawn a moderate distance away from the objective they defend while plants spawn within a specific spawn zone. The portal technique will return as well, except only Roses and Rose variants can build the teleporter and the appearing door is green. 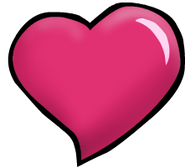 The icon for full/almost full health 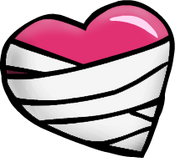 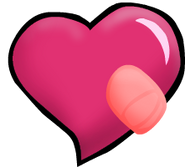 Icon for somewhat damaged health
Add a photo to this gallery
Retrieved from "https://plantsvszombies.fandom.com/wiki/Health?oldid=2242136"
Community content is available under CC-BY-SA unless otherwise noted.