Attacks zombies within two tiles in front of it, and causes additional damage to armored zombies.

"When two masters fight, victories or defeats are determined instantly. Flowery swordplays are not worth mentioning." Guerrequila would say this with scorn every time when that "Epic" duel was mentioned. However, everyone knew that it was just a game of Rock-Paper-Scissors with Zorrose.

Guerrequila (龙舌兰; pinyin: lóng shé lán) is a monthly special plant in the Chinese version of Plants vs. Zombies 2. It slashes zombies within two tiles of it with a sword, dealing 200 damage per shot.

It is based on an agave, a genus of monocots that is native to the hot and arid region of Mexico and the Southwestern United States. Its name is derived from "guerra," the Spanish word for "war," and "tequila," a drink made from the agave plant.

Note: Its recharge in-game is Sluggish.

When fed Plant Food, Guerrequila throws its sword up, grabs it, and slams it onto the ground which sends a shockwave that spews dirt along its path dealing huge damage to every zombie within its lane. 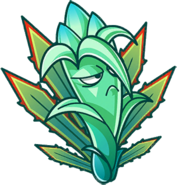 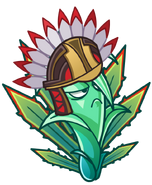 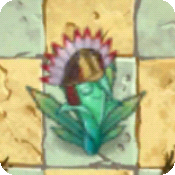 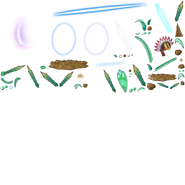 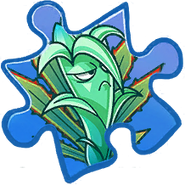 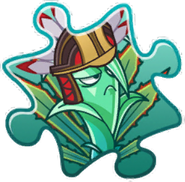 Guerrequila on a Gold Tile 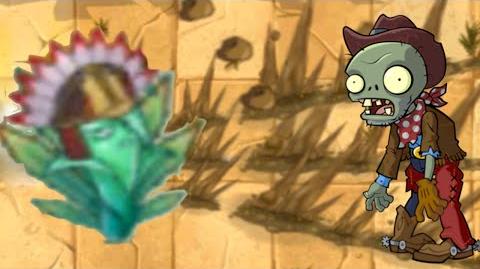 Seed Packet texture
Add a photo to this gallery 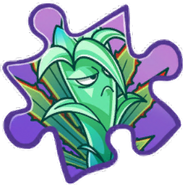 Retrieved from "https://plantsvszombies.fandom.com/wiki/Guerrequila?oldid=2360789"
Community content is available under CC-BY-SA unless otherwise noted.