For the version in Plants vs. Zombies 3, see Gravitree.

When a Zombie is played, move it here.
The apple doesn't fall far from the tree. Neither does anything else.
Gravitree is a galactic super-rare plant card in Plants vs. Zombies Heroes and a member of the

Armored 1 trait, and its ability moves any zombie played on a different lane to the lane it is on unless its lane is already occupied by another zombie.

It is based on a tree, specifically the apple tree (Malus pumila), a perennial plant that store carbon and absorb carbon dioxide from the atmosphere and reproduces through the apples that it grows.

Its name is a portmanteau of "gravity," referring to its ability, and "tree," the real-life plant it is based on.

Its design of an apple tree and connection to gravity is a reference to the story of how Isaac Newton supposedly was inspired to create his law of universal gravitation after watching an apple fall from a tree.

Its description is a reference to an idiom "The apple doesn't fall far from the tree,"  representing its appearance and ability.

The apple doesn't fall far from the tree. Neither does anything else.

Gravitree is a powerful plant with a strong ability, above-average stats, and a nice trait for a 6-sun plant. Gravitree can take much punishment with its

Armored trait and hit hard in return. However, its ability is the core part of this plant. It will move any zombie played to its lane, assuming nothing is on its lane.

By turn 6, there will barely be any zombies that are able to survive, let alone destroy Gravitree, making it a really safe play on turn 6. It also forces your opponent to play an extra zombie in order to play a zombie on a desired lane, making them waste their brains as well. Gravitree is also a great counter to Hail-a-Copter, moving the Copter Commando made to Gravitree's lane unless there is already a zombie occupying the lane.

Gravitree can also be used to move zombies into unfavorable environments, such as Spikeweed Sector, Hot Lava, or Bog of Enlightenment. This will work similarly to a Black Hole for zombies, as they will get moved to the environment, then receive the effects.

You can also play Force Field on the lane Gravitree is on to protect it from damage, meaning not even

Deadly zombies can destroy it; only instant-kills can. In fact, a good combo (if you're playing as Grass Knuckles) is to play it in Force Field, then play an Umbrella Leaf behind it, which will render it essentially invincible unless the Zombie Hero has a fighter card with hard removal or stat-degrading abilities.

Against Gravitree, try to play instant-kills like Rocket Science or Locust Swarm. To negate Gravitree's ability, you can play a cheap zombie first, then the zombie of your choice. That way, said zombie can be played without it being moved to Gravitree's lane.

Another way to counter Gravitree is by using moving cards like Sumo Wrestler, Terrify, and Smoke Bomb. This will effectively negate Gravitree's ability for the turn.

As a last resort, use

Deadly zombies with 2 strength or more, or non-

Deadly zombies with 8 strength or more to destroy it instantly. However, this strategy is useless if Gravitree is in Force Field. 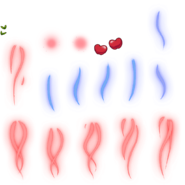 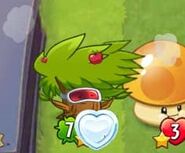 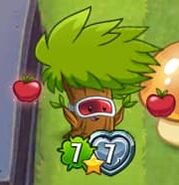 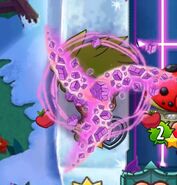 Cut Down to Size being played on Gravitree 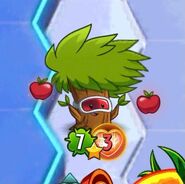 Gravitree unable to be hurt 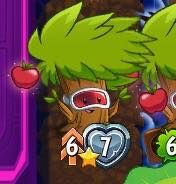 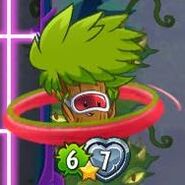 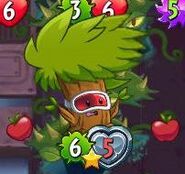