Destroy a Gravestone.
"MUST. DESTROY. GRAVES."

Grave Buster is a premium rare plant trick card in Plants vs. Zombies Heroes and a member of the

to play, and its ability instantly destroys a selected zombie in a gravestone.

Its description is also a reference to its ability.

This trick is ideal for any

Guardian hero, as it can easily take out Gravestone zombies. Most of the Gravestone zombies tend to be dangerous, such as Rodeo Gargantuar, Jester, Pogo Bouncer, or Mixed-Up Gravedigger. Grave Buster is an essential card to bring against

Sneaky heroes, as this class has the most zombies with the Gravestone trait, as well as abilities revolving around gravestones.

If possible, try not to use Grave Buster immediately upon seeing a gravestone in the early game, as you can only have up to 4 in your deck, and certain Gravestone zombies are considered manageable, such as Conga Zombie or Squirrel Herder, mostly because of their low stats. If the plant hero is at low health, you can use Grave Buster on any gravestone present as a last resort attack. Try to get a basic idea of which kinds of Gravestone zombies are present in the zombie hero's deck, as you may know when to use Grave Buster. Some ideas, including how many brains remain and how many gravestones are on the field, may help predict how many brains are spent on that zombie to know what zombie it could be.

This trick is a great counter against Headstone Carver and Tomb Raiser Zombie, as Headstone Carver's boost to the revealed Gravestone zombie becomes useless since the gravestone will be destroyed, and Tomb Raiser Zombie's spawned gravestones can be managed easily with the use of this trick. This is also a great counter against In-Crypted, as you will know exactly what zombie is in the gravestone, thus preventing dangerous abilities from being triggered and leaving a lane empty for a strong plant to land a hit on your opponent. Grave Buster will also prevent 'When destroyed' abilities from taking place, making it an excellent counter against zombies such as Octo Zombie or Gas Giant, if they've been hidden in gravestones.

A good way to know when to use this trick is to look at the opponent's brain count on your turn, to have an idea on what kind of gravestone they placed. For example, if a

Sneaky hero plays a gravestone and spends 5 brains, it is likely that the gravestone has a Surprise Gargantuar in it, and should be destroyed immediately. It is also advisable to know what kind of dangerous Gravestone zombies are in your opponent's classes beforehand, as there are examples such as Binary Stars, Teleportation Zombie, and Zombot Battlecruiser 5000.

When playing as Citron or Beta-Carrotina, this can be used in conjunction with Spyris, so that the player can see what zombies are hiding in the gravestones, and can use Grave Buster to destroy the most threatening ones. When playing as Grass Knuckles, this can be used in conjunction with Re-Peat Moss, so that it does a bonus attack when Grave Buster destroys a gravestone. This can be very useful if a gravestone is blocking a boosted Re-Peat Moss.

Grave Buster is also a root card. While Starch-Lord can't boost it since it is a trick, Grave Buster can be Conjured by him, Lieutenant Carrotron, or Apotatosaurus.

Blockbuster can be used as an alternative to him. This is because Blockbuster, while requiring plant evolution and costs twice as much, is in the

Guardian class, which has more than enough plants, and she also can destroy up to 3 gravestones for the cost of 2 Grave Busters. She is also reusable for Citron and Beta-Carotina, as she can be bounced.

The best counter for Grave Buster is to not have any, or at least not rely on Gravestone zombies, good examples of such decks being many Imp or dancing decks (without Binary Stars). If you don't have gravestones to play, this will be useless.

But if your deck happens to have some key Gravestone zombies, you may have to confuse your opponent. Since you cannot predict when your opponent would play it, try to play multiple gravestones so that the plant hero has to guess which one has the most dangerous zombie in it. It is also a good idea to try and bait out this card by using a low-cost Gravestone zombie, such as Sumo Wrestler, Swashbuckler Zombie, or even Pied Piper so that you won't have to worry about losing your more expensive Gravestone zombies. Or, you can get a threat out on the field and then play your Gravestone zombie, since your opponent will most likely be focused on the imminent threat rather than the potential one.

Since this is a trick, Defensive End can be used to increase its cost. He can be used in conjunction with Ra Zombie to prevent the plant hero from playing him unless they have enough sun. Also, it is recommended to remove any Starch-Lords on the field, as he can Conjure more Grave Busters. Spyris is also a threat so try to get rid of that too, so your opponent cannot know which gravestones have dangerous zombies. 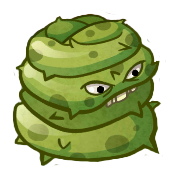 Grave Buster being used on a gravestone affected by Spyris' ability

Grave Buster on the advertisement for the Citron Hero Pack

Grave Buster being the featured card in the menu for the August 23rd, 2017 Daily Challenge
Add a photo to this gallery 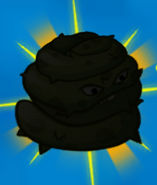 Grave Buster's card
Add a photo to this gallery

Retrieved from "https://plantsvszombies.fandom.com/wiki/Grave_Buster_(PvZH)?oldid=2308496"
Community content is available under CC-BY-SA unless otherwise noted.