Gong Zombie is Exploding Zombie's brother. They both don't know any Kongfu. The difference is, Gong Zombie is more interested in musical instruments.

Gong Zombies are fragile but they can get annoying if there's too many of them. Use plants like Missile Toe, Winter Melon or Cryo-shroom to take care of the Exploding Zombies it summons. 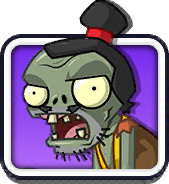 Gong Zombie without its arm 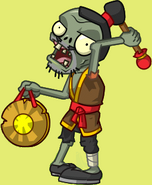 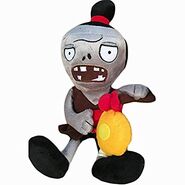 Gong Zombie's sprites
Add a photo to this gallery

Retrieved from "https://plantsvszombies.fandom.com/wiki/Gong_Zombie?oldid=2361495"
Community content is available under CC-BY-SA unless otherwise noted.