For the Plants vs. Zombies: Garden Warfare 2 ability, see Goatify.

Transform a Zombie with the highest Attack into a 1

Goat.
Rose turns Zombies into goats because... GOATS!
Goatify is Rose's premium legendary plant signature superpower trick card in Plants vs. Zombies Heroes and a member of the

Goatify is a useful superpower if there is a very powerful and threatening zombie such as Zombot 1000 or Octo Zombie (especially since Octo Zombie can never be truly destroyed), or even a zombie that has a devastating "When destroyed" ability like Gas Giant. However, it can only affect one zombie, so it does get less effective against hordes of strong zombies. Play it as soon as a big threat appears.

Playing it against a

Crazy hero, especially against Electric Boogaloo, can be dangerous early-game, as when a Zookeeper, a Cat Lady, or an Unlife of the Party is on the field, they get boosted due to Goat being a pet (or in the case of Unlife of the Party, because transforming counts as playing), which can potentially hurt more than it can help you. But in the late game, all the synergies achievable with Goat do not compare to the danger of leaving a huge threat unharmed, so do not hesitate.

If Goatify is played on a Zombie in the Graveyard environment, the goat will hide in a gravestone, which is a risky move because this will cause the plant on that lane to be blocked for a turn (if it does not have strikethrough).

It is best not to focus everything on one zombie to make it an obvious target. As a Crazy hero, swarming the field with zombies will make Rose try to stall them, potentially denying her the chance to play Goatify. Having Unlife of the Party in play works as well. If you are running a pet deck, you can have a Zookeeper or a Cat Lady on the field for preparation, so as to take advantage of Goat's pet tribe.

due to Defensive End's ability 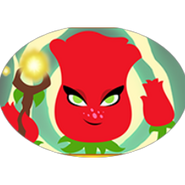 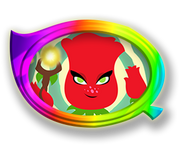