For the version in Plants vs. Zombies: Garden Warfare 2, see Stinky Goat.

when any kind of Goat is hurt.
Hungry... Smelly... A lot like a Zombie but with 100% more goat.
Goat is a triassic uncommon zombie card in Plants vs. Zombies Heroes and a member of the

Beastly class. It can also be transformed by Goatify, Rose's signature superpower.

when a Goat is hurt, including it and Hover-Goat 3000.

It is based on the animal in real life with the same name and appearance.

Goat's stats are very low, but it has its own uses. Since it costs 0

, it can be played as a free fighter, much like Puff-Shroom, allowing you to save brains for tricks while putting offensive pressure on your opponent. Since it is a pet zombie, it can be useful for Beastly synergies. It is also a good way to fill in the field

Goat's ability isn't the worst, but it isn't something you would call a good ability either; it can only activate so many times, as Goat will typically be destroyed upon taking damage, and boosting Goat, of all zombies, is a waste.

Hover-Goat 3000 also counts towards Goat's ability and can take more hits due to its Bouncing ability, but it only activates once per turn normally, and twice at most (if Hover-Goat 3000 is hurt during the Plants Play phase and is teleported back in the Zombie Tricks phase). But the more Goats on the field, the more useful its ability becomes, although it should still be treated as extra gravy.

You can pair this with Secret Agent in turn 1, and you can play this and Synchronized Swimmer, making two 4/4's in turn 2, which is a pretty strong play.

Almost every attack from any plant or damaging trick will be able to take it down as it only has one health, so there should not be any difficulty defeating it. However, its ability can be troublesome, especially if there are many Goats on the field.

As Rose, avoid transforming a zombie into a Goat if there is a Cat Lady, Unlife of the Party, or Zookeeper on the field, as they will get boosted from it. If the zombie is transformed in Graveyard, the goat will also hide in a gravestone, making it harder to deal with as it will only reveal itself in the next turn. 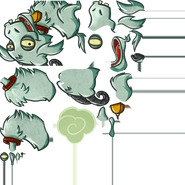 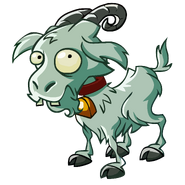 HD Goat from the animated trailer

Final Mission being played on Goat 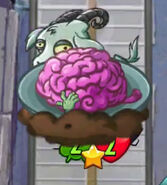 Lurch for Lunch being played on Goat 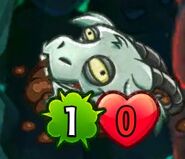 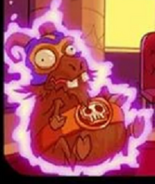 A Goatified version of The Smash 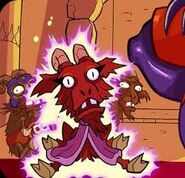 A Goatified version of Rose 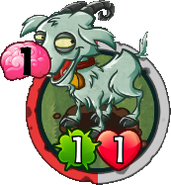 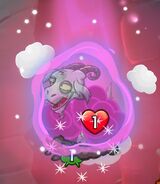 Goat being made by Goatify

Goat attacking from the player's point of view

Goat attacking from the opponent's point of view