Gluttonous Hungry Guacodile (贪食 "饿" 梨; pinyin: tān shí"è" lí) is the first Brain Buster exclusive to Big Wave Beach in the Chinese version of Plants vs. Zombies 2. It consists of a much larger playing grid than a normal level, in which the player must move a train of Guacodiles forming a snake around the sandbox in order to eat all the zombies. If the player allows the Guacodile snake to leave the lawn or crash into a surfboard, the player will lose. Another way to lose is if the Guacodile Snake is long enough, the front can collide with part of the snake or a zombie ate the player's brains. This Brain Buster is similar to Cannons Away, All by Oneself, and Oak Archery, as all of these use only one plant type to defend the player's brains.

If my systems f-f-f-freeze up, we could be stuck here forever!
This article/section has content that has been changed on the latest updates, making the information no longer correct. Please update it, or the zombies will eat your brains!

The lawn of Gluttonous Hungry Guacodile

A glitch after the level is beaten

Guacodiles on the edge of the sandbox, requires perfect timing to avoid crashing

The snake when the player loses

A lost course with surfboards 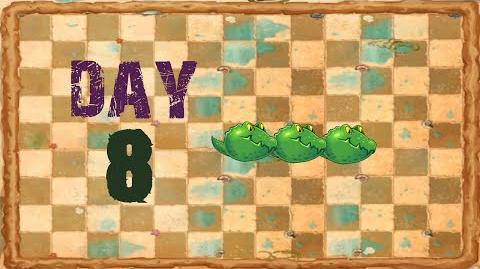 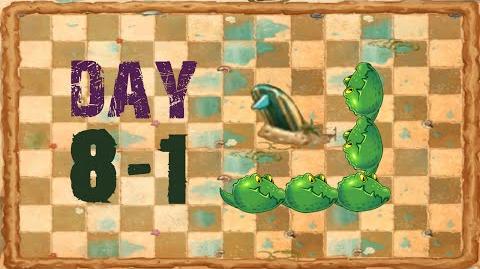 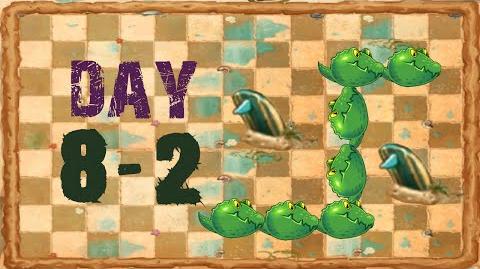 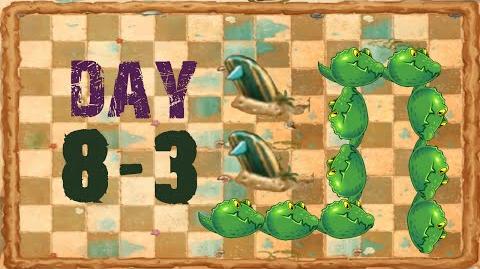 Retrieved from "https://plantsvszombies.fandom.com/wiki/Gluttonous_Hungry_Guacodile?oldid=2118407"
Community content is available under CC-BY-SA unless otherwise noted.