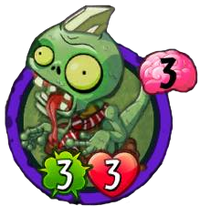 Zombie Evolution: Do 2 damage to each Plant.
He's the missing skink.

Gizzard Lizard is a colossal rare zombie card in Plants vs. Zombies Heroes and a member of the

. He does not have any traits, and his Zombie Evolution ability does 2 damage to every plant on the field.

He is based on a lizard, a widespread group of squamate reptiles, though more of a lizard-human (zombie) hybrid, quite possibly referencing Lizard from Marvel comics.

His appearance is extremely similar to the Sleestak (lizard insect humanoids) in the TV show Land of the Lost, and is likely a reference to said show.

His name is a combination of "gizzard," referring to the green liquid (presumably his stomach juices) that he spits out when he activates his ability or does an

Overshoot attack, and "lizard," the real-life animal he is based on.

His description makes a pun on the word "link" in the term "the missing link," a term used to describe fossils that share common traits with both its ancestral group and descendant group, replacing it with "skink," a type of lizard.

Gizzard Lizard can be treated like a package of an average 3-brain zombie with The Chickening if Evolved at the right time. However, unlike The Chickening, your opponent can recover better from Gizzard Lizard's ability due to him only being able to be played before the Plants Play phase, unless he gets teleported in the Zombie Tricks phase. But still, even if his ability goes wrong, you are at least left with a 3

zombie on the field.

Each hero can use this zombie effectively:

Stat-wise, Gizzard Lizard is average for his cost. If played by himself, he will not be as threatening. The trouble arises when he activates his ability, allowing your opponent to damage and possibly destroy your plants before you can boost them. There are a few ways around this, though. You can have many nut plants and then play Mirror-Nut to make your opponent think twice before activating his Evolution ability, or have Hibernating Beary and Pear Cub, as they will activate their abilities when damaged and destroyed respectively. 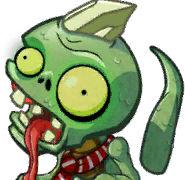 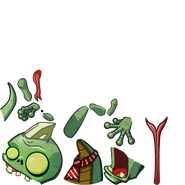 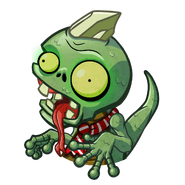 The text message displayed when choosing a zombie for Evolution 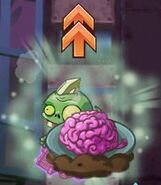 Lurch for Lunch being used on Evolved Gizzard Lizard 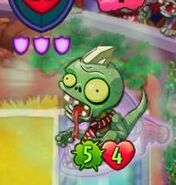 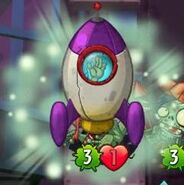 Unevolved Gizzard Lizzard with the

Gizzard Lizard destroyed
Add a photo to this gallery

Retrieved from "https://plantsvszombies.fandom.com/wiki/Gizzard_Lizard?oldid=2195919"
Community content is available under CC-BY-SA unless otherwise noted.