None (very high in Big Time)

Even if the player uses the Giant Wall-nut to squash five (or more) zombies, they will still not be awarded with the Roll Some Heads achievement because they have to use an ordinary Wall-nut to get the achievement. In Big Time, it has the health of a Tall-nut.

Giant Wall-nut absorbs 144 bites and its appearance changes at 48 bites and 96 bites before finally being eaten at 144 bites. Pole Vaulting Zombie cannot vault over him in Wall-nut Bowling 2.

In Wall-nut Bowling 2, save them for huge waves of zombies, as they will defeat all zombies in their path, making them a great opponent for Buckethead Zombies, Screen Door Zombies, Pole Vaulting Zombies, and Zombie Yetis. Also, they are great for destroying Dancing Zombies, as they can smash their Backup Dancers along with them, instead of trying to kill the Backup Dancers separately. However, the best strategy is saving as many Giant Wall-nuts as possible and throw them all out: one in every lane will easily dominate waves of zombies.

In the unreleased mini-game Big Time, Giant Wall-nuts appear alongside Giant Sunflowers and Giant Marigolds. These Giant Wall-nuts are stationary and functionally identical to regular Wall-nuts but with the health of a Tall-nut.

Thus, it is not recommended to use the Tall-nut, as the Giant Wall-nut has equal health, is cheaper, and no Pole Vaulting Zombies or Pogo Zombies appear, rendering the Tall-nut useless in this mini-game.

Giant Wall-nut in the Suburban Almanac 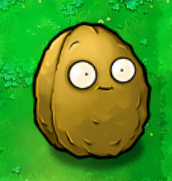 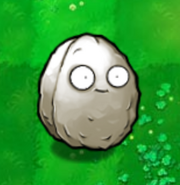 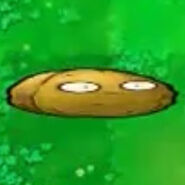 Giant Wall-nut seed packet in the iOS and Android versions 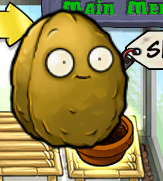