Heal your Hero and all Plants for 4.
H2Oh no you didn't!
Geyser is a super-rare plant superpower trick card in Plants vs. Zombies Heroes and a member of the

to play, and its ability heals the plant hero and all plants on the field for up to 4

It is based on a geyser, a spring characterized by intermittent discharge of water ejected turbulently and accompanied by steam.

Its description is a portmanteau of H2O, the chemical formula for water, and the phrase, "Oh no you didn't!"

The two heroes that are given this superpower, Wall-Knight and Chompzilla, can use this trick very effectively: Wall-Knight with his access to

Guardian plants that tend to have high base health, and Chompzilla with her stat-boosting tactics that simply increase her plants' health. Pepper M.D. synergizes exceptionally well with Geyser, since it is able to heal a large number of targets at once. Heartichoke also synergizes well with it, even defeating your opponent at once if there are enough plants to heal.

Due to this affecting not only you, but all your plants as well, this superpower gets more effective when there are a lot of plants (that are hurt) on the field. Otherwise, this is just a cheaper version of 2nd-Best Taco of All Time, but without you getting to draw a card.

However, Sneezing Zombie will make this trick useless, so don't play it when one is on the field.

This superpower can potentially be very threatening, being able to heal everything at a very cheap price. There is no choice but to overwhelm your opponent with sheer damage.

Also, you will basically want to avoid the situation where your opponent has a Pepper M.D. or Heartichoke and many damaged plants in the field, and plays this trick. Quickly destroy any Pepper M.D.s or Heartichokes that come out.

A much better alternative is to play Sneezing Zombie. 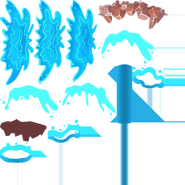 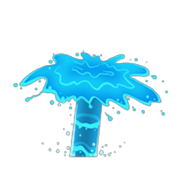