Heal 2.
Helps with the boo-boos.
Get Well was an unused zombie superpower trick card in Plants vs. Zombies Heroes and wasn't a member of any class. It cost 1

to play, and its ability healed a selected zombie or the zombie hero for 2

. Its plant counterpart was Rejuvenate.

Get Well, along with the other neutral superpowers, got scrapped in update 1.2.11, as superpowers became bounded to heroes.

It is based on an imagery of healing, similarly to its plant counterpart, Rejuvenate.

Its name is based on the phrase, "Get well soon," a phrase expressing hope that the listener will soon recover from physical illness.

Helps with the boo-boos.

This trick can be played on either you or a zombie. Since your survival is the most important factor in winning, healing yourself would be the most common act. The only exception is when you need to keep a zombie alive for longer so you can achieve victory; then you can opt to play it to heal it.

This trick can be annoying, but that's just about it. Many early-game zombies don't have enough health to survive an averagely strong hit, and the ones that can aren't worth healing. And in the late game, 2 damage is easy to chip off, given how many powerful cards you can play by then. However, this does not mean you can underestimate it; if your opponent plays it on a high-stat threat, it may get an extra turn to wreak even more havoc. 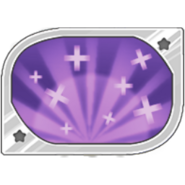