, Amphibious, and Team-Up.
The modifications are controversial, sure. But the results are hard to argue with.
Genetic Amplification is Beta-Carrotina's premium legendary plant signature superpower trick card in Plants vs. Zombies Heroes and a member of the

to play, and its ability Conjures a random plant that costs 2

and the Amphibious and Team-Up traits.

Its description is a reference to the real-world controversy surrounding genetic engineering, particularly GMOs.

The modifications are controversial, sure. But the results are hard to argue with.

This superpower is undoubtedly very powerful to play in the early game. It allows you to Conjure a random plant that costs 2

, Amphibious, and Team-Up, making it a powerful Amphibious plant to play in the early to mid-game. Examples of such plants are Jugger-Nut, Fire Peashooter, Doubled Mint, and Tricarrotops. In addition, playing it on turn 1 makes an excellent tempo play, since you can curve out perfectly with a boosted 2-cost plant.

The best plant out of all 2-cost plants Conjurable by this trick is Doubled Mint, as he has the benefit to safely double his stats by being played on the aquatic lane behind an Amphibious plant thanks to his Amphibious and Team-Up traits. However, beware of damaging or destroying tricks like Cut Down to Size, Rocket Science, or Locust Swarm, as they can target and destroy him even with his new traits.

While you may Conjure a plant that already has either of the aforementioned traits such as Sea-Shroom or Cosmic Bean, or both like Water Chestnut, Pear Pal, or Laser Cattail, that plant will at least get a +1

This cannot synergize with Captain Cucumber, meaning Beta-Carrotina has to obtain him from Photosynthesizer first, unless other heroes obtain Genetic Amplification from Bird of Paradise.

For easy reference, here is the list of all current 2

cards this can Conjure:

Be prepared for any plant Conjured, as it will be slightly more powerful, can be played in the aquatic lane, and has the Team-Up trait. However, if you Bounce that plant, it will lose all its boosts, making it slightly easier to deal with.

You will also want to bring instant-kill or heavy damage cards if Bouncing is not an option. Fortunately, every class has at least one card that can do the job. 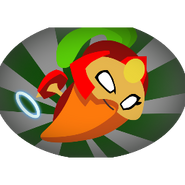 Animation of the DNA in the background (animated) 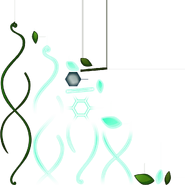 Textures of the DNA in the background