A returning flower fan can damage zombies within its attack range

Can not only attack zombies down its current row, but also damages zombies in other rows when its fan flies back.

Continuous geisha performance training has given her proficient flower fan dexterity. She'll put on a gorgeous fan performance to show her strength against the zombies.

Geisha Flower (刺眼花艺伎; pinyin: cìyǎnhuā yìjì) is a plant in the Chinese version of Plants vs. Zombies 2 for the second part of Heian Age. She was introduced in the 2.6.4 update. She throws her fan at zombies down her lane, damaging the first zombie it encounters.

Geisha Flower is based on the century plant (Boophone disticha), also more commonly known as the poison bulb or sore-eye flower, a flowering bulbous plant native to Africa that has been historically used for its poisonous properties.

Geisha Flower's name and appearance are based on Japanese geisha performers, entertainers trained in the traditional Japanese preforming arts.

Geisha Flower's Plant Food ability makes her throw a flaming fan rapidly down her lane. This flaming fan deals heavy damage to the first zombie it encounters as well as knocking them back. The fan will also split in half, returning to Geisha Flower in two arches that that attack the top and bottom adjacent lanes simultaneously.

Geisha Flower's costumed effect creates an additional fan to pierce through all zombies down the lane, on top of its normal effect. 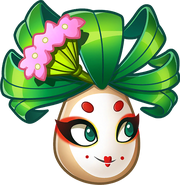 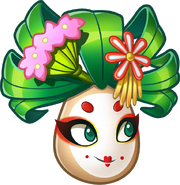 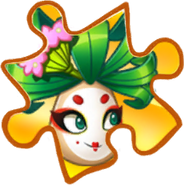 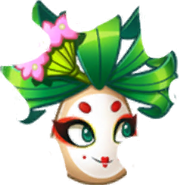 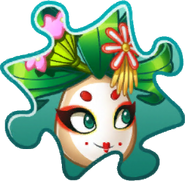 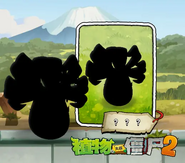 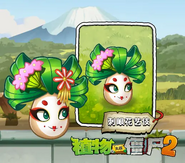 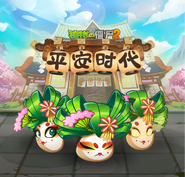 Geisha Flower in a promotion for Heian Age part 2

Retrieved from "https://plantsvszombies.fandom.com/wiki/Geisha_Flower?oldid=2378843"
Community content is available under CC-BY-SA unless otherwise noted.