To play a match in Arena
Gauntlets are a type of currency found in Plants vs. Zombies 2. They are used to start a Arena match.

Gauntlets can be bought from the store or won from Arena. Additionally, up to four can be obtained each day by tapping on the "FREE GAUNTLETS" sign to watch advertisements. Each advertisement gives one Gauntlet.

The word "gauntlet" historically means "an armored glove, as worn by a medieval knight". This relates to the fact that Gauntlets appear to be zombie hands in knight armor, perhaps supposed to be that of Knight Zombies, despite the fact that Knight Zombies only wear armor on their heads and shoulders. 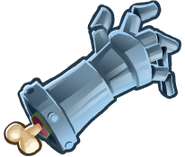 Another HD Bundle of Gauntlets 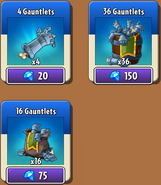 Gauntlets in the store

Winning 2 Gauntlets from a reward streak in Arena

Winning 6 Gauntlets from a reward streak in Arena 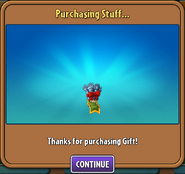 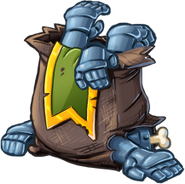 Gauntlets in the store