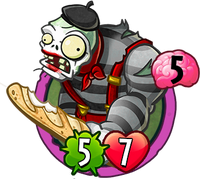 Not to be confused with Gargantuar Prime.

Gargantuar Mime is a colossal legendary zombie card in Plants vs. Zombies Heroes, and a member of the

. He does not have any traits, and his ability makes him do a bonus attack when a plant or zombie not in the mime tribe does a bonus attack.

He is based on a Gargantuar, and a mime, a person who uses miming, the acting out a story through body motions without use of speech as a theatrical medium or as a performance art.

His description is a reference to a mime's job when they perform and the occupation's stereotypical association with France, the latter of which could explain the baguette he uses to attack.

The Gargantuar Mime groans like any other zombie. He just does it silently, and in French.

Double Strike trait, Template:PvZHLink, and Re-Peat Moss. You can also use him with Template:PvZH Link, which will give him the

Untrickable trait, making him even harder to destroy.

You can also have him in a science deck, where you can spam many science zombies on the field and then play Gadget Scientist to overrun your opponent with bonus attacks, or in a

As he is a Gargantuar zombie, he can be paired with Wizard Gargantuar to give him

Bullseye, where he can quickly wear down the opponent with bonus attacks if he is attacking from an undefended lane. You can also play him earlier with Gargologist or Template:PvZHLink, although only Rustbolt can do this normally. You can also give him

Frenzy from Smashing Gargantuar or have Supernova Gargantuar destroy all copies of a plant he destroys, although only Immorticia can do this normally.

Just remember that his ability is completely useless if Wing-Nut is on the field, so it is best to get rid of it quickly before playing bonus attack cards. His ability also doesn't activate when another Gargantuar Mime or an Template:PvZHLink performs a bonus attack.

He works especially well with Neutron Imp, as you can play cheap environments such as Graveyard and Template:PvZHLink to do up to 7 damage by simply playing a single environment.

Stat-wise, he is an average zombie. However, he is very dangerous with Brainy heroes who utilize bonus attacks, especially Immortica and Rustbolt, both of whom also have

Frenzy zombies. What makes him even more dangerous is that your own bonus attacks count towards his ability as well. So it is best to get rid of him before the opponent spams bonus attacks with cards such Template:PvZHLink, Shamrocket, and The Great Zucchini. You can also nullify his ability with Wing-Nut.

Since Imitater is a mime card, the player can boost him and make him perform bonus attacks without worrying about Gargantuar Mime also performing bonus attacks. However, it is only recommended to do this as a last resort because Imitater has low strength, and you cannot play any other plant later as any tricks used to boost his strength will be wasted when he transforms into another plant.

Gargantuar Mime's statistics after being made by Buried Treasure 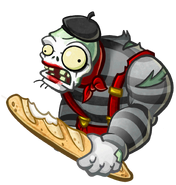 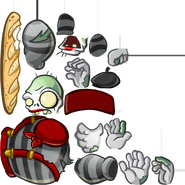 Gargantuar Mime on the field 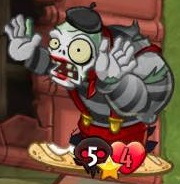 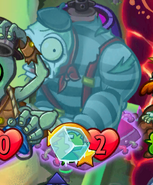 Gargantuar Mime’s statistics after being Conjured by Triplication

Gargantuar Mime's statistics after being Transformed by Bad Moon Rising 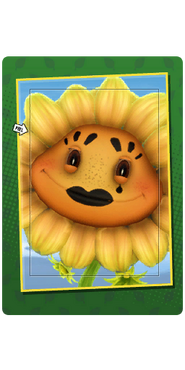 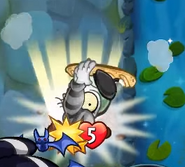 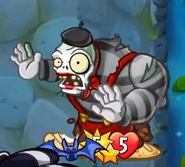 Gargantuar Mime destroyed
Add a photo to this gallery

Retrieved from "https://plantsvszombies.fandom.com/wiki/Gargantuar_Mime?oldid=1959031"
Community content is available under CC-BY-SA unless otherwise noted.